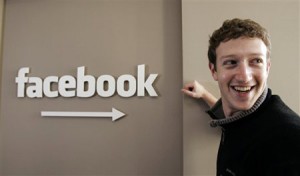 What would you do if guy you trusted with all your money had his money stolen?

Would you even believe that? Many wouldn’t! I know I wouldn’t. But then think about it … are the systems really fool and tamperproof?? In a world where people thrive more on information sharing and cloud computing, this could be a scary thought.

Tuesday 25th January and the guy we entrust with all our information has his account hacked. Yes, Mark Zuckerberg had his page hacked. A real shocker for the man who was recently named Person of The Year by Time magazine.

The hacker got hold of his credentials and posted the update below;

“Let the hacking begin: If facebook needs money, instead of going to the banks, why doesn’t Facebook let its users invest in Facebook in a social way? Why not transform Facebook into a ‘social business’ the way Nobel Price winner Muhammad Yunus described it? http://bit.ly/fs6rT3 What do you think? #hackercup2011”.

The message that was riddled with spelling mistakes shows us that it wasn’t one of those strategies that they feign when security barriers are breached.

This goes against what facebook stands for and would potentially mean that the site that currently boasts more than half a billion active accounts worldwide is quite insecure.

And this comes after they were accused of leaking personal information using their third party applications based on the popular website.

Makes you think : What dangers could face one if all your personal info came out and the skeletons came creeping out of your seemingly airtight closet??