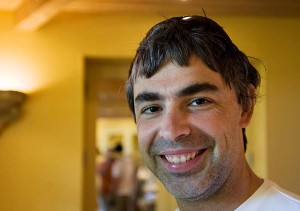 There has been a shake up at Google.

Yes, we have a new CEO. Well, not exactly new.. but you get the idea.

Larry Page will replace Eric Schmidt as the new CEO sometime in this quarter and the latter will go on to be the company’s Executive chairman. This move comes amid complaints from seemingly dissatisfied employees that it is/has become harder and harder for new ideas to climb up the corporate ladder possibly due to increased bureaucracy.

On the other hand, Sergey Brin, who is a co-founder and was the president of technology at Google and has also shared power with the other two, will work on “strategic projects in the year” Google said.

In a recent post Schmidt said that “As Google has grown, managing the business has become more complicated. So Larry, Sergey, and I have been talking for a long time about how best to simplify our management structure and speed up decision making–and over the holidays, we decided now was the right moment to make some changes to the way we are structured”

In announcement of their fourth-quarter earnings results alongside the restructured management news, Google said revenue minus traffic acquisition costs amounted to 6.37 billion USD, ahead of analyst estimates. Net income for that quarter was estimated at 2.54 billion USD.

Analysts were expecting earnings per share, excluding charges of $8.09, and they got $8.75 from Google.