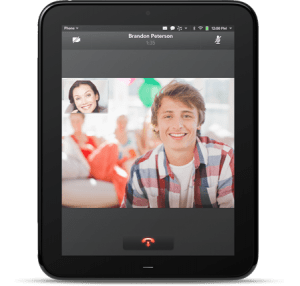 HP has launched their long-awaited tablet, the TouchPad.

The TouchPad will run the company’s WebOS 3.0 (the exclusive operating system that is expected to take over most of HP devices), which it acquired alongside the acquisition of Palm and their products back in April 2010.

The device shall come as a WiFi only option but will very soon be offered on 3G or 4G by about the 2nd Quarter of 2011.

The WebOS is expected to make a huge impact in the market because HP is quite the PC manufacturer and this may put its relationship with Microsoft into considerable strain.