There’s been a lot of noise in the late 2010 and early 2011 about who is creating what to battle the Apple iPad.

Here’s a list of what we think are the most worthy opponents: 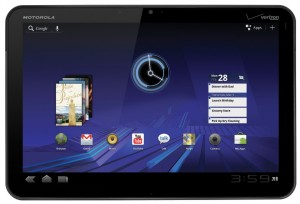 1 – Motorola Xoom: The first in its class to host dual-processing capabilities and is the debut choice for Android’s Honeycomb (Android Version 3.0) and is loaded with a whooping 1GHz dual-core Tegra 2 will power this 11 inch device. 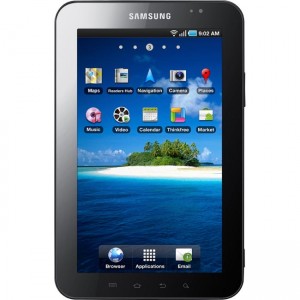 2 – Samsung Galaxy Tab: Maintains the 7-inch Android 2.2 screen and is based on a similar design to the Samsung Galaxy S smartphones. Probably the iPad’s most serious competitor scheduled to arrive this year. 3 – The Blackberry Playbook: Slated to come our sometime this year, this machine was primarily invented to stop the iPad’s momentum and popularity among business professionals. Features a 7-inch screen and is based on a new QNX operating system powered by a 1 GHz dual core CPU and 1 GB of RAM. 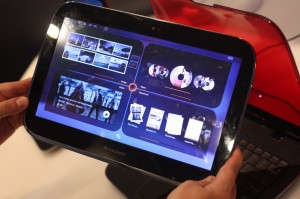 4 – Lenovo Idea Pad U1 hybrid: IBM is full of brilliance at innovation. And they definitely didn’t let down on this. They made a lot of noise in the 2010 Consumer Electronics Show last year (2010) but switched the device’s Operating System and loaded it with Android. The beauty of it is that the change-over from Android to Windows and back is at the flick of a switch underneath the device. Other amazing features are the newer 1.3GHz Snapdragon in the LePad and a 1.2GHz Intel Core i5-540UM in the U1 base, with an optional i7 available. The U1 base is much nicer than the unit we played with last year — it’s been restyled and features a chiclet-style keyboard and dimpled track pad. 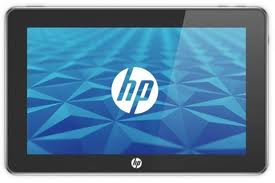 5 – HP Slate 500: Initially came out when Hp was busy acquiring Palm and they made this one flop to he ground. But then they resurfaced and gave us the HP Slate. Very nice. And packs a punch too; 8.9-inch capacitive touch screen, 1.86GHz Intel Atom Z540 processor, 2GB of RAM, 64GB SSD and also features a video accelerator that is missing in most modern tablets. Running Windows 7, it is quite fast and was retailing for 799USD.

Closing Statement: Many wish Nokia would come out with their own tablet. Hint-Hint Nokia team.