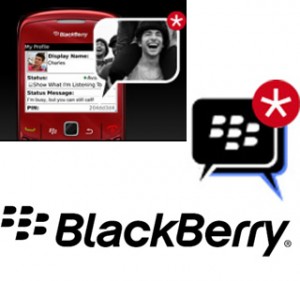 This means that the BlackBerry developer community can now take advantage of the powerful social aspects of the ultra popular BBM service (an active user base of over 35 million). The BBM Social Platform was first announced at the BlackBerry DEVCON 2010 (http://press.rim.com/release.jsp?id=4555).

With this beta release, Java developers have access to APIs and features that allow them to build important functions into their applications. They are user permission based and include accessing and updating fields in the user’s profile, creating custom areas within the user’s profile, initiating and embedding chats with friends, initiating file transfers, sharing applications virally with friends in their contact list.

Developers also have the ability to test the exact workflow and BBM integration that they can expect to see on a live device. This is made possible by special simulators for BlackBerry smartphone OS 5.0 and 6.0.

More developers will take advantage of the amazing features of the BBM Social Platform starting in April 2011 when full support for the BlackBerry WebWorks platform is planned to be added.

With this release the BBM Social Platform revolutionizes social interactions. The end user’s experience can now be extended beyond just messaging/chat to a whole new breed of socially engaging apps including multimedia, gaming, location-based services (LBS), VoIP, video and commerce. What was previously a solitary experience becomes now a social experience. Users gain the ability to discover new apps with friends and share real-time experiences and content with their inner circle.

They enjoy the full advantages of the BBM community – always-on and unparalleled immediacy and responsiveness.

More information about the BBM Social Platform and how it enables developers to add social Super Apps features to their applications can be found on the BlackBerry DevBlog at http://devblog.blackberry.com/2011/03/bbm-sdk/