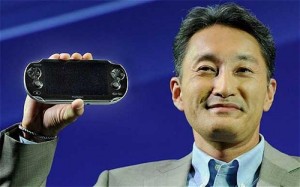 Japanese giant Sony has appointed Kazuo Hirai, the head of its PlayStation game business, to a new key position in a move that may anoint him as a successor to Chief Executive Howard Stringer.

Hirai will run a group that merges Sony’s Networked Products and Services division, responsible for PlayStation games and VAIO computers, with the firm’s core electronics such as TV, home video, home audio and digital imaging.

Hirai is a longtime executive with the firm who played a major role in developing Sony‘s PlayStation business in the 1990’s and from April 1 will become Executive Deputy President.

Howard Stringer in a statement said he was staying on as CEO for the foreseeable future “to lead the company through the next state in its transformation”.

However, in comments reported by the Wall Street Journal Thursday, Stringer said Hirai’s promotion was the first step in a succession plan.

“He is the leading candidate,” said Stringer. “It’s because of his consistency and a continuation of the convergence strategy.”