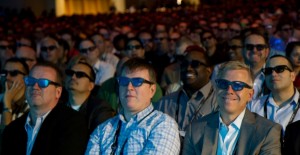 BlackBerry world Conference kicked off on the 3rd of May, 2011 in Orlando Florida.

Some of the major highlights of the keynote were;

1. New exciting apps to roll out including Angry Birds – A puzzle video game developed by Finland based Rovio Mobile, inspired by a sketch of stylized wingless birds initially rolled out on the Apple’s iPhone. The App has now been ported to RIM devices and this will thankfully make a lot of game chasers very happy.

2. RIM was also joined to Adobe® – which has more than 3 million active developers who have done a lot of great things with Adobe to enable the development of high performance mobile apps for the BlackBerry PlayBook tablet. Adobe is quite the adoption especially now that there is great emphasis on graphics and their smoothness. Hope is that Apple will join the bandwagon on flash support sometime soon.

4. Steve Balmer, CEO of Microsoft announces a new partnership between RIM and Microsoft through Bing which will now be deeply integrated into the BlackBerry experience. BlackBerry devices will use Bing as the default search engine in the browser, both in North America and internationally. 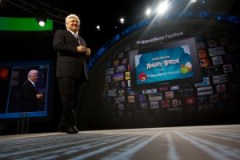 Microsoft seems to be doing a lot of partnerships, civil unions and weddings with providers in other seemingly same skill-set fields to kill competition. Their partnership with Nokia early this year seems to point out that they are in this race, the mobile domination space, to win.