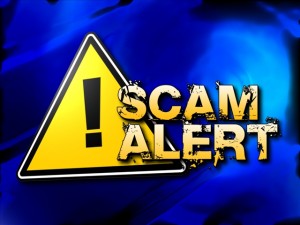 World’s leading handsets maker, Nokia, has warned mobile phone users over the re-emergence of a scam suggesting that people have won money or mobile phones, which in reality, is an attempt to get private information from people who reply to the messages.

The hoaxers previously used to send to the dubious information to email addresses telling people they had won a Nokia device. This scam has now moved on and is being sent out to mobiles phones via SMS, with the message suggesting people have won a free Nokia, and just need to provide their bank details to claim the free phone.

“We have been receiving a number of reports recently that scam artists are sending out hoax SMS and emails, purportedly from Nokia, that offer some sort of money if one were to respond in a similar way that lotteries are run. We would like to clarify that, those messages are not coming from Nokia and that we do not do money lotteries. We are asking people to beware and know that this ‘lottery’ is a scam,” said Kenneth Oyolla, Nokia, General Manager, East and Southern Africa.

“Our advice is that if you do receive something dubious like this, DO NOT reply to these messages or pass them on. The thing to do is to delete the message without responding. You might also consider contacting the Communications Commission of Kenya (CCK) to report such hoax messages,” said Mr Oyolla.

He added: “We continue to remind people that bank details should never be given to strangers, particularly if all you know about that person is a contact mobile number and nothing else. If you haven’t entered any competition, or if the prize looks too good to be true, then it almost certainly will be. Let’s have a safe 2011.”

How the Nokia Lottery scam works

There are a couple of methods these scammers use, in the hope of stealing your money.

Method 1: A mobile phone user will receive an email claiming they have been chosen at random, to receive a prize, usually a large figure of money. In this case, £350,000 is the prize. However, to receive winnings the mobile phone user is informed he/she must send them some money as an admin charge. £650 in this same case. They hope you’ll be so dazzled by the large sum of money they claim you have won, that you will send the administration fee. It is at this point you will never hear from them again and your money will be lost.

Method 2: This is commonly used through contacting a mobile phone user by SMS. These text messages will tell you you’ve won a heap of money, like in this case, but you must first phone a telephone number or email back to hand over your bank details. Do not do this. Never give your bank details to a stranger, especially if all you know about them is their mobile phone number.

Whatever method they use, they will be asking for the same thing. Either your bank account details, or some money in another form and the messages they send always look official, but they’re not. They’re fake.

“Nokia Is Giving Away Phones For “FREE”!! Nokia is trying word-of-mouth advertising to introduce its products. And the reward you receive for advertising for them is a phone free of cost!”

“In line with the commemorating event marking our 142nd anniversary we rolled out over £ nnnnn (n Million Great Britain Pounds) for our 142nd Anniversary Draws. All participants were selected through a computer ballot system drawn from 25,000 company mobile numbers, and 30,000,000 individual mobile numbers from the 45 mobile networks from Australia, New Zealand, North America, South America, Europe, Asia and Africa as part of International Promotions Program, which is conducted annually in Britain, London.

This promo is approved by the British Gaming Board and also licensed by the International Association of Gaming Regulators (IAGR). This promo is the 1st of its kind and we intend to sensitize the public. To begin the verification process of your prize, you are required to fill and send the claims form below.”

Congratulations! Your cell phone has won you xxxxx (GBP) pounds in the ongoing NOKIA/UK PROMO. For claims call: 44xxxxxxxx or email: hoax.example@fakelottery.com

Don’t respond to the messages, doing so will only encourage them to keep contacting you. There are several agencies and sites out there to help you, where you can report the fraud in the hope to get these stopped.