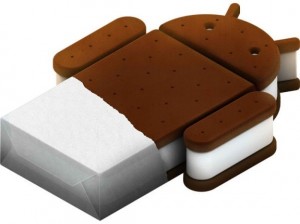 Looks like Google may be getting ready to upstage Apple and their release of the iPhone 5 slated for the same month.

This OS being a successor to the hugely successful Android OS 3 (HoneyComb), and is expected to be a huge success when it is finally conceived.

Among the extensive improvements include upgrades to the Android camera app, facial recognition technology, and a resolution-agnostic experience. That last bit is particularly important, since it will help developers streamline the coding of their apps for Android.

One of the issues many hope this improvement will deal with is the unavailability of Apps. This (many have attested to) is what puts the iPad ahead of many tablets that come close as competitors.

Developers and enthusiasts can only hope for a good outcome when the OS-rich month of October actually comes to pass when the Google’s third generation phone,the  “Nexus Prime”, is also set to be released.

An international website BGR had quoted that “This new report from Electronic Times reaffirms several specs we had reported earlier, such as the device’s 720p Super AMOLED HD display, and it narrows our fall release time frame to October. The report also claims that the Prime will be powered by a 1.5GHz processor, jibing with our earlier report stating the device would employ an OMAP4460 chipset. The site also notes that the Prime’s display will include a 4.5-inch panel with a PenTile layout.“