BBX – The Next Generation BlackBerry Platform. 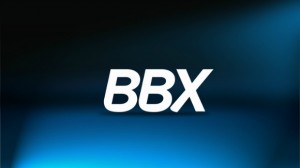 BlackBerry has not had a great time this past month. The device manufacturer faced quite the truck load of criticism and down-right discredit for their recent service outage that spanned across major regions of NorthAmerica, Europe, Middle East and Africa.

Aside from that, today marks Day 2 of BlackBerry Developer Conference Americas. The event is being held in San Fransisco in the USA and has attracted developers interested in the BB OS platform that currently runs the BlackBerry smart phones as well as the BlackBerry PlayBook, a tablet produced by their device manufacturer RIM.

BlackBerry developers and enthusiasts will now get to interact with a new mobile platform announced today called the BBX which is a mixture of the BlackBerry OS and QNX, a commercial Unix-like realtime operating system primarily used in embedded systems.

QNX is said to assist in combining the best of both worlds to give a full-on experience for users on the BlackBerry service as well as the devices aligned with RIM.

Development environments supported by the BBX platform include HTML5 (widely speculated to replace the Flash architectures) with BlackBerry® WebWorks™, Adobe® AIR®, Native C/C++, and the BlackBerry® Runtime for Android™ Apps. Apps built today for the BlackBerry® PlayBook™ tablet will also run on BBX.

This new platform is said to have interesting capabilities in App and ‘Super App’ integration with normal BlackBery functions as well as an alignment with BB services, BB Messenger and BlackBerry Security features.