Microsoft’s Fights against Piracy: Where we’re at. 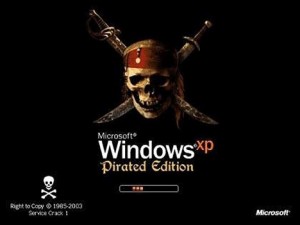 Microsoft today held a presser to announce how far the piracy fight has come. Truth be told, it has come a long way.

According to a study done in May of 2011, Microsoft loses up to 85 Million USD annually through piracy of their software packages in Kenya alone. According to their OEM Lead for East and Southern Africa (ESA) region, Wanja Muriithi, this is attributed to by the many installations done in offices, schools, cyber cafes and home personal computing systems across the country.

On an authoritative note, Microsoft in conjunction with the Kenya Copyright Board (KECOBO) conducted a raid yesterday, 21st December, at the premises of an industrial company and confiscated computers allegedly installed with pirated software. The biggest culprits were the Windows operating system and the Microsoft office suite which is largely pirated across the country, even in mid-size companies and SMEs.

The raid comes after the Kenya Copyright Board recently concluded their debatable successful 30-day amnesty campaign for software offenders and did much to send messages n the dangers and tough penalties should one commit an intellectual property crime.

There are quite a number of dangers that one exposes themselves to when using pirated software. Some of them include;

“There are even cases of users being sold Microsoft Windows 7 and Windows XP operating systems at a higher price than is the recommended retail price for our partners. This happens mostly to those buying machines for the first time as these people may not be very aware on what to look out for.” said Marisella Ouma, The Executive Director at Kenya Copyright Board.

A fair warning was also given to those who walk around town installing pirated copies of Windows software. You risk facing a fine of up to 800,000 KES when they law catches up with you. Microsoft are trying hard to enable the value-multiply effect fine to their fine which involves a charge of 10 times the cost of the software version you have been caught pirating. This means that if you pirate Windows 7 which goes for 150USD, the fine should come to 1,500USD or approx. 126,000 (at a 1 USD=84 KES exchange rate).

If you are a cybercafé owner, you’re definitely next up on the chain. Ensure your licenses are in check.