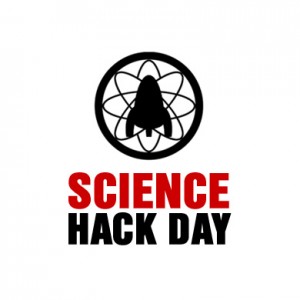 Science HackDay organised by Morris Mwanga, nerd, CTO at P2PCash and an MSc. student in Applied Computer Science at Kennesaw State University (he also tutors Calculus at the Kennesaw) USA, at the 88MPH space above BrewBistro on Ngong Road. For those of you who are techies, you probably know and have been to the place.

It was a good event. Main sponsorship came from Microsoft and Safaricom. Other sponsorships came from the Linux Institute of Professionals, GitHUB Social Coding, and ofcourse 88MPH whose space was being used for the sleepover 3-day Hackathon.

Event started on Friday at 4pm and ended at around 6pm on Sunday. Winners in the different categories were as follows:

Best Design : Ufahamu – A crowd mapping platform that maps deaths attributed to malaria mostly in SubSaharan Africa. The solution was based on a Map API that plotted points in death instances against regions and gives an ‘Awareness Promotion’ initiative a good feel. It was presented by a guy called Dennis.

Best Science : Nuons Flight Path – This is a solution that involves a lot of Fission understanding. It maps the decay of nuons across the sky and should show their spread and path on the Earth’s atmosphere after collisions in space. It was presented by Martin Chiteri. They made use of the LHC (Large Hardon Collider) to map these nuons’ path.

Best DataModel : DataMash – This is a solution by George Mbuthia who is actually a Microsoft Student Partner. His idea was based on an online system that can interpret any data and tabulate it in a graphical manner. It works by having a registration and input section where one uploads a file with the ‘dirty’ data values and then tabulates in some pretty looking bar, line graphs complete with more than one graph on a chart. DataMash is built on the .Net framework, heavily supported by Microsoft. “The code for this project if free on GitHUB as I wanted to keep this project completely Opensource.” says George who was enthusiastic about winning in this category.

Best Hardware : The Lego Robot – The robot was showcased by a 15 year old lady who is a Science Enthusiast. She managed to wow judges among them Macharia from PesaTalk, Agosta Liko of Pesapal, Ariel WaldMan of ScienceHack, Matt Biddulph from Dopplr and Eric Hersman from the iHub. The robot did a walk that looked very MJ-Style as it took 10 steps backwards and showed a smiley face on its LCD screen.

The overall winners however were:

The grand prizes were premium accounts on GitHUB Social Coding as well as t-shirts from the same.

All the presentations on the day will be posted at a later date on this blog within the week.