Will Windows 8 be a game changer? 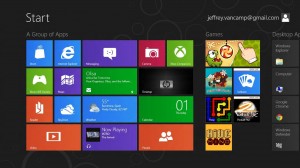 Anyone who’s installed the Beta version of Windows 8 (Consumer Preview) has definitely played with it by now. They’ll attest to existence of multiple functionality most of which looks very cool and metro-styled. This means we have had a chance to see what Microsoft has in its pipeline to blow our minds hopefully before the end of 2012 (most probably between Q3 and Q4 2012). We also expect the OS to run light on even the simplest of devices. There has been rumour mills on possibility of Microsoft running Windows 8 or ARM Chips meaning that Windows 8 will have the capacity to compete favourably with the IOS and Android versions of Tablet OS.

There is still massive speculation on Win8 capabilities though. The recent build and subsequent release of the Dev Preview has also answered quite a number (unfortunately not all) questions surrounding Win8.

Some of the noted features include;

MS recently upgraded their cloud offering to include a larger SkyDrive to existing customers as well as a paid version that includes up to 100 GB of storage. Think synchronized. What you have on your Windows Phone will be backed up on to the cloud which in turn is picked up by your PC, your Tablet and possibly your Gaming center which is also rumoured to run Windows 8 albeit on the XBOX 360’s successor. How cool is that? It now becomes pretty easy to move stuff from one computer to another and you get to move with everything; settings, documents, restore points, the entire application data directory. You get the point, don’t you? This could be a superior product as compared to the Chrome OS that boasted a lot of cloud integration. The cloud comes bundled into 2 sections namely Private Cloud and Public cloud. 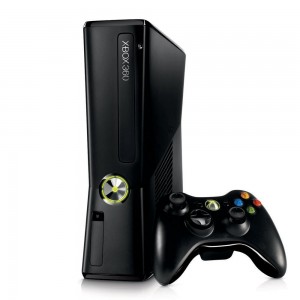 The possibility of having one (yes, just one) operating system running your entire set of devices is a brilliant idea. MS intends to have Win8 on your desktop as well as on your tablets. Further, your XBOX and Windows Phone will possibly also run this new OS. This is great for developers who create for desktop as they can now create one standard App and have it run on multiple devices supported on a single framework. This in turn leads to less effort in development terms and moer reach on the consumer level.

We have recently seen a lot of low-end hardware components being bundled up to make machines. This means as low as 1.x GHz processors to run the very lightest of machines and OSes. Windows 8 promises to be light; lighter than Windows 7 at least. This is the nice edge they need and should get to compete practically on the PC and Tablet parallel front. This is a promise they seem to have kept with the 6-8 second boot time from battery out to desktop mode. 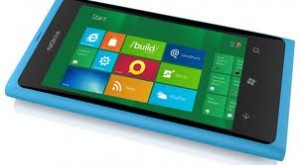 Live tiles on WP7 make stuff easy to move around and navigate through. Pictures are stored in cloud for social networks so you always have them, heck! Even emails have that nice, social feel when moving around the phone. Now imagine the possibilities on Windows 8. MS are not giving room to competition this time round it seems. Windows Phone 7 was innovative in its use of social networking. It was so easy to have your pictures end up on Facebook, for example. It is however quite doubtful that people would want a PC to pull in everything from essentially all social networking sites. It doesn’t runle out fact that users want a level of integration like WP7 that would be great, especially when used on tablets. 8Insert evil grin*

Microsoft’s number one in terms of revenue is Windows. Number 2 is Office. To date, 400 Million copies of Windows 7 have been sold worldwide making Windows 7 the most successful product from Microsoft so far; Ladies and gentlemen, that is a lot of copies. Possibilities include a drop in price, an upgrade offer on existing genuine Windows 7 licenses or a good number of offers from MS, but this price point will greatly affect its adoption into the consumer market. We already know the hardware, like the Windows phones, does not indeed come cheap but for good and firm spread of their soon to be flagship, Windows 8 should be well priced for average consumers. *fingers crossed*

Normal Work away from Work

Remember that day when you wanted to send through that urgent email but couldn’t make to send it through since you couldn’t work on your laptop? Well, those days are long gone. MS promises ability to run Line-Of-Business solutions on their tablets. Of course there are some heavy applications that affect battery life and processing capability once hardware is brought down to an ARM chip, but they assure that you will get most of your work done on and in time. There are more innovative sets that have seen the nice docking stations that are connected to a tab via Bluetooth. Less is going to be more. Literally.

Finally, CNET advised that Windows 8 would come at 15 USD for upgrades on new out-of-the-shop PCs. This is cheap. Windows 8 is definitely going to be worth a try. Only then can you decide on the ability of this smooth OS to convert you.