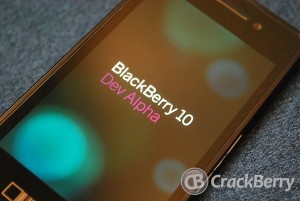 Samsung recently toppled Nokia as the best seller on the planet and word on the street is that this surprise attack and win has been fueled by Samsung’s rigorous marketing campaign and evident cutting edge technology. With the new Galaxy, Samsung could have potentially set another benchmark. They are huge on community which is a crucial driving force behind a successful product. Essentially, if you don’t have the numbers, you have nothing.

Well, what about BlackBerry? Blackberry could potentially be onto something new with BlackBerry 10.

Many are saying that this is BBs last great hope (lol). Others keep at it that BlackBerry is deader than alive (Even more LOL although I doubt that Grammar makes any sense). Point is, they couldn’t be more wrong. Developers and top brands alike are already beginning to commit to BB 10 platform for their (MAB) Mobile Application Development. Recently at BlackBerry World, RIM  revealed relevant endorsements who have already confirmed their excitement for the upcoming launch of the BlackBerry 10 platform.

“BlackBerry 10 has been said to build upon the core values and exceptional user experiences that have attracted more than 77 million BlackBerry customers around the world today. “Said Alec Saunders, Vice President in charge of Developer Relations and Ecosystems Development. He added that the “Developers building for BlackBerry 10 will be able to easily create the kind of cutting-edge Apps that deliver truly engaging experiences and ‘wow’ customers, whether through integration with native features and other apps like BBM or by leveraging the new signature design elements of this new and powerful mobile computing platform.”

RIM has been working with App developers to ensure BlackBerry customers will have access to high-quality content and Apps when BlackBerry 10 smart-phones are launched.  This is the community element that they added when they realized that building an ecosystem has its backbone in what your users can do for themselves as well.

“The level of enthusiasm among developers for BlackBerry 10 is amazing. The platform has been built to give developers the ability to create amazing content and a great user experience.  The support and excitement we already see from developers is both rewarding and encouraging,” said Martyn Mallick, VP in charge of Global Alliances and Business Development at RIM.

The BlackBerry 10 Developer platform was at BlackBerry World™ conference in Orlando, Florida and was followed by a release of the initial developer toolkit for native and HTML5 software development. The toolkit is available in beta as a free download a BlackBerry Developer site. I am yet to have a look at any BB 10 device but when I do; my readers shall be the first to know. We sincerely hope it takes care of issues like the hanging and slow reboot time on the earlier version because at the end of the day, BlackBerry is still a very Super-User device. This OS is also what is meant to run the newer BlackBerry PlayBook (hope upgrades will be an option) since it is pitched to be a real game changer. The screen(s) are going to be more fluid and as with Windows 8 which they based WinRT (after dumping Silverlight and potentially converting legacy apps to conform). This means BlackBerry is potentially ahead. Swipe should also feature on these new devices running the new OS and yes! You guessed it; more touch screen hardware too.