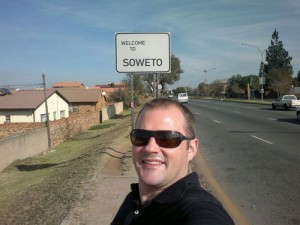 There’s been a gap in the GM quarters at Nokia since Kenneth Oyolla who now heads Global Market Activation at Nokia based in London left in early 2012. We finally managed to get in touch with the guy who set out to fill Ken’s big shoes and had a chat with him on his views on the market currently as well as his vision for East Africa from a Nokia standpoint. His name is Bruce Howe, and here is his story:

Juuchini: Background in Education and Nationality?

Bruce Howe: I’m from New Zealand although I do think of myself more as a Global Citizen. This is mostly because I have lived and worked across India, South East Asia, Middle East and Africa. My background is in Marketing and management. I graduated University of Auckland, New Zealand, with a Bachelor of Commerce Degree.

Juuchini: Where were you before you came to Kenya? What were you doing there?

J:How long have you been with Nokia? Where have you worked for Nokia before? Your new responsibility as Nokia GM for ESA?

BH: I joined Nokia in 2004. I can confidently say I’ve grown through the ranks starting out as General Manager for New Zealand then Business Development Manager for APAC (South East Asia, India and Australasia) and then Program Lead for SEAP (South East Asia Pacific), both of the latter based out of Singapore. I then moved to Lebanon to Head Marketing for the Levant area. I stayed in Lebanon for about a year then moved again to Johannesburg. I now head the local office as GM for Nokia East Africa looking after the markets in Kenya, Uganda, Tanzania, Mozambique, Zambia and Angola. Pretty big huh? For these countries, I’m responsible for the area’s overall business strategy, up to and including all sales and marketing, channel development and building strategic partnerships within the local ecosystem.

J: As compared to other Mobile devices, why do you think Nokia is the best there is right now? Overview of emerging markets?

BH: Nokia phones are renowned for their quality and reliability. That legacy continues. Right now, Nokia has two distinct businesses when it comes to handsets – smart phones and mobile phones. In the smart phone space, we are focused on the Nokia Lumia range based on Windows Phone platform. The phones are beautifully designed and available in a wide range of colours that really stand out from other smart phones. The Windows Phone operating system is also incredibly simple and intuitive to use, plus it is quite simply the most social phone. If you look at something like the people hub, it offers clear benefits over other smart phones. However, the real differentiation comes from the services that Nokia adds to the Lumia range – things like Nokia Maps and Drive and Nokia Mix Radio. Currently Lumia is available in selected markets but we continue to roll out country by country. We look forward to when consumers in East Africa will be able to experience the Nokia Lumia range.

In Mobile Phones, Nokia is focusing on the Asha range of devices which truly blur the lines between feature phones and smart phones and bring smart phone like functionality at affordable prices. For the East African market, I think these phones truly differentiate us, especially with the youth audience. The Nokia Asha range offers freedom of choice in terms of feature set, design, form factor, apps, entertainment – these phones are an extension of the youth themselves, allowing self-expression and I am very excited about bringing these to the East African market. Nokia has also indicated its intent to create phones that sense the world around you. That is why location and commerce is so important to our strategy and there has already been some amazing work done there which will further benefit Nokia in terms of setting our phones apart from the competition.

Another key element where I believe Nokia stands out is around enabling the local ecosystem and this is even more important in emerging markets where locally relevant content is critical. The Nokia store has gained enormous traction and we are seeing this grow, especially amongst users of Series 40 mobile phones. In East Africa, we have done a great job of engaging with local developers and local brands to drive the creation and adoption of apps. That is a legacy that I would like to continue driving.

J: Your thoughts on ‘Mobile as the future of East Africa’?

BH: Mobile has a critical role to play in East Africa and across the continent. It is clear that many people’s first experience of the Internet will not be from a PC or a fixed line connection but on their mobile phone and that is why Nokia’s strategy of “Connecting the Next Billion” is so important. In East Africa, we already see the widespread availability and reasonable affordability of data and this is driving adoption. As people start to have access to lower priced internet enabled devices, we believe this will further drive adoption. And another piece is the locally relevant content, a great deal of which now exists in this market. If people have a compelling reason to use apps and services, then they will. Nokia sees East Africa as a market full of opportunity and our focus is on building long terms strategic partnerships with government, operators, distributors, NGO’s – all of the stakeholders that drive a vibrant mobile ecosystem.

J: Your focus for Kenya in the next 2 years. What will you have achieved / Hope to achieve by mid-2014?

BH: For me, a key focus is on best-in-class distribution. That means building long term strategic partnerships with distributors, operators and retailers across East Africa that can not only deliver our phones into the hands of consumers, but can also add value through the chain. I also plan to continue the great work that has already been done in terms of engaging with the local ecosystem players to generate locally relevant content and put local developers on a global stage.

And finally, I want to build my team and invest in my people to nurture local talent. We have a great team of passionate and knowledgeable people working for Nokia in East Africa. My job is to take them to the next level and we have already started this with the Africa talent development programs.

You can interact with Bruce Howe on Twitter by tweeting him on @brhowe.