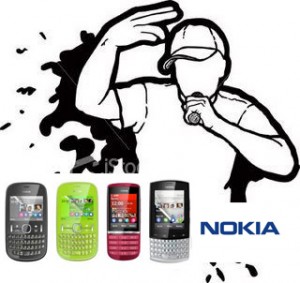 Are you a rapper? Are you a singer? Do you speak ‘Spoken Word’? if yes, you’re in for some good news.

Nokia today, 10th July 2012, announced the first round of auditions for the upcoming “Don’t Break the Beat” competition. This campaign largely tied to the Nokia Asha range of under 10,000 KES price-point Nokia devices seeks to find the best Cypher among the youth in all of EastAfrica.

Auditions are set to begin on Saturday 14th July 2012 at the National Museums. Once picked, all contestants shortlisted will get a chance to battle it out in public at favourite Nights spots around the city. The competition is believed to be 2-tier running locally and later regionally where rappers will compete with top rappers from Uganda and Tanzania as well. The top prize will be 250,000 KES along Nokia merchandise like a Nokia Asha device.

Judges Panel is as follows:

Just like in a final exam situation, LOL, you will have to impress the judges as their votes carry 70% weight in the final judging. The last 30% will be open to voting via Google’s YouTube for the various publics.

Speaking in light of the musical indulgence, Angela Githuthu who’s the Marketing Activation Manager for Nokia EastAfrica says, “The youth in East Africa are all about self-expression and music is an important part of our culture. The Nokia Asha range of mobile phones is designed specifically for these vibrant, young consumers, offering freedom of choice across the range which now offers two new models – the Nokia Asha 202 and Nokia Asha 305. We are bringing these devices to market through the Don’t Break the Beat campaign which marries the youth’s desire for individuality expressed through music, and the wish to have phones that are socially connected and super cool.”

Suggestion: The winners should get to ‘spit’ their stuff on Capital Fm’s “The Cypher” run by the Show’s Producer, @JoeWMuchiri