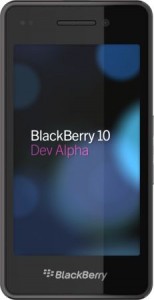 Blackberry really needs the next best thing. And BB10 OS could very well be it. We thought it was BBX sometime back, LOL. BBX. I actually thought it was *Bee Bee Eex*

Developer Tech reported on their blog that market analysts Vision Mobile, had found BlackBerry developers would earned more per app than iOS and Android developers, with the BlackBerry dev taking home on average $3,853 per month compared to $3,693 for iOS and $2,735 for Android. How true it is, no one really knows.

RIM has granted an opportunity to Kenyan developers to wow them by hosting a Blackberry 10 Developer Jam this Friday, 17th August 2012 at the Ole Sereni Hotel on Mombasa Road. The registrations for the BB Jam are currently ongoing on the BB10 Kenya Jam site. The event is expected to run from 10am to 5pm with those seven hours focused on teaching and informing developers on how BB 10 feels and plays on devices. Issues that will be discussed in this event include:

This is an excellent opportunity to catch a glimpse and experience the new OS that the Canadian-based company promises to flagship in the next few months especially because their fundamentals lie closely with our web trends predictions for 2012.

The event is free to attend. Register here.