Presentations2Go for Simple e-learning and Livestreaming 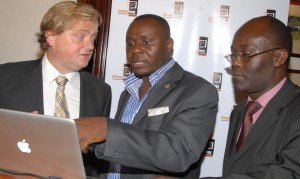 Ok. So I’m a live stream guy. And I have been a live stream guy for quite a while. Truth is, I was a live stream guy before live streaming was cool; Before it was Mainstream. You know? Before all media houses in Kenya adopted it. Back then, only one Kenyan media house dominated that space. With them, we live streamed some cool events like Alykhan Satchu’s mindspeak with Museveni, judges vetting with CJ Mutunga at 20th Floor Anniversary Towers, possibly every Centum Investor briefing since mid-2010 with James Mworia, a Coke HYPE event in the bunduz along Lang’ata Road and WordCamp 2011 in Naivasha organized by @raidarmax in November 2011. Oh! Even a small part of Rhino Charge 2011 Gauntlet Challenge; well partly anyway because our Indigo C-Band 1.8 meter dish was severely affected by a Sun Outage deep in the heart of Baringo’s Marigat ‘desert’. Bottom line, you name it (and pay for it) we live streamed it.

Late August 2012, a Kenyan company, Technology Partners, partnered with Dutch Company, Learning Valley , to offer live-cast, web-cast and live-stream services to East African learning institutions and corporate. The main idea here is to bring down the cost of e-learning (online learning tools and materials allowing Distance Learning) and live broadcasting of any event online by a whopping 75%. This ‘new-ish’ product is called Presentations 2Go and it basically ties in the 4 main pillars of online sharing whilst integrating the fifth which is feedback but in a school setup. These 4 main pillars in-case you’re wondering are with a reference to content so:

Leonard Mware, the company’s MD, says that Presentations 2Go set of tools features a web-streaming server service that aggregates the content and pushes it out onto a storage location that can either be on cloud or on premise at a pre-specified facility, a client-side encoder that can be used stand-alone with a PC, a fully-mobile streaming road kit and storage disc space in the Cloud. Pretty neat huh? Broken down into little baby birdie bits, this means that you can now start streaming content from your laptop once you acquire a license to launch the encoder on your machine and a camera. The rest is pretty much architecture issues as storage can be provided by Safaricom Cloud. Mr. Mware explains that “Sharing is enabled by putting the finished content up on a portal where viewers can then converge and view content specific to their needs at any given time or as the admin determines.” 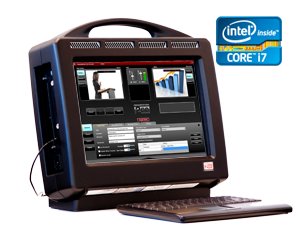 The technology is in partnership with a Dutch entity called Learning Valley rep’d here by its CEO, Dr. Michael Hegeman who demo’d video stored on a readily accessible server which can then be reached via http. Of note is that the video can be consumed on either handheld devices like mobile phones, tablets or legacy productivity hardware like a PC or desktop machine. “All the video uploader has to do is predetermine what format the video can be viewed in and he leaves the rest to the software engine to work its magic” explained Dr. Hegeman

COST IMPLICATION TO BUSINESS: The live streaming infrastructure is a capital investment as far as the hardware goes. This includes a road kit and some other pieces which we’re not sure about because unfortunately we didn’t see the actual device. It costs 20,000 USD. I know what you’re probably thinking. That it is a ton of money. Well, it is. But on the flipside, it could make you 3 tons of money if you use it right. If a company wants to do offsite training and they cannot afford to ship everyone to the training facility, you could hire it out to them. This tool will allow them to collaborate, feedback and carry on. The funds saved will obviously be put to better use. So when you spend 1.6 Million, and then charge 75,000 KES per 4 hour event, you only need 24 events to recover your costs having included overheads like manpower and network to reach inflexion point. (negative to positive)

This could also be used by media houses. 2013 is an election year. A media house could choose to use this tool to get news updates (including video) straight from the remotest part of the country and all they have to send is a willing guy to carry the backpack and another to operate the camera. Yes, no ridiculously expensive OB (Outside Broadcasting) Van.