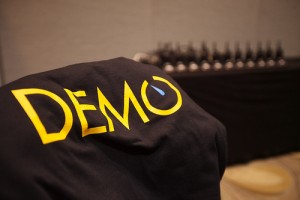 After more than four months of work, the DEMO team has released the 40 demonstrators to launch at the first ever DEMO Africa Conference taking place in Nairobi, Kenya next month. The 40 finalists have gone through three rigorous vetting processes with a final adjudication by a pan-African panel of judges including entrepreneurs, venture capital investors, and academics.

“This has been a very enriching exercise seeing the quality of innovation coming out of Africa,” said Harry Hare, Executive Producer, DEMO Africa, when announcing the names of the final 40.

Several DEMO Africa innovation tours have been held over the last few months to encourage participation from technology startups from as many countries as possible. A total of 500 applications were processed, which were then shortlisted to 150 two weeks ago and then down to the final 40. “It’s been a great pleasure working with this group of entrepreneurs. We congratulate the ones that have made it through to the final round and trust they will put their best foot forward in Nairobi. Now is the time to celebrate innovators from across the continent,” said Ben White, Founder, VC4Africa.

Applicants from South Africa and Kenya make up a big chunk of the final 40, with Ghana and Nigeria coming in a close second. Other countries represented included Cameroon, Senegal, Egypt, Tanzania and Zimbabwe.

“Many entrepreneurs did not make the final cut despite having excellent ventures. We wish we could launch all of them at DEMO Africa, but that’s practically not possible,” said Hare. “We will, however, engage all of them and see how to assist them through the partnerships we have created to move their businesses to the next level”.

Dele Akinsade, Developer and Platform Lead, Microsoft West, East, Central Africa and the Indian Ocean Islands, says “The success of a startup hangs on its ability to monetize ideas as quickly as possible and until now, African entrepreneurs have had limited opportunities to attract investors.  DEMO Africa will see 40 talented entrepreneurs get the level of global exposure their ideas deserve – and we can’t wait to see the results”.

1. Martin Butler; A Senior Lecturer at the University of Stellenbosch

2. Anthony Stonefield who is the Head of Ecosystem at Nokia

3.  Toby Shapshak who sits as the Editor of Stuff Magazine in South Africa

4. Paul Nguru who is the CEO of PN Consultancy

5. Stephen Gugu who is a Director at Viktoria  Solutions

6. Erik Hersman who is one of the Founders at Ushahidi and the iHub incubation Lab

7. Eric Osaikwan who is the CEO of Research Africa

8. Tomi Davis who is the CEO of Technovision

9. Brian Longwe who works for the DEMO Africa team

DEMO Africa is the flagship initiative of the Liberating Innovation in Opportunity Nations in Africa (LIONS@frica) Partnership and includes DEMO, Microsoft, InfoDEV, Nokia and US Department of State. The first ever Pan African technology launch pad and will be hosted by African eDevelopment Resource Centre and CIO East Africa under the auspices of Kenya’s Ministry of Information and Communication. The DEMO Africa event will be at the Kenyatta International Conference Centre, Nairobi, 24th to 26th October 2012 and will attract venture capitalists, angel investors, investment fund managers tech buyers, entrepreneurs, innovation supporters and media.