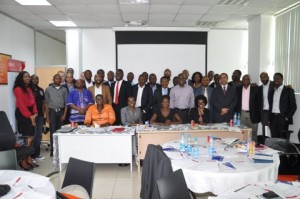 For anyone who is still in the dark on what DEMO Africa is, read this article on Juuchini.

In a new funding and investment trend that began in the mid-2000’s, investors are coming out strongly to financially back tech ideas and innovations. This trend started in the Silicon Valley which is the tech hub of the United States. Someone saw a similar gap in the African tech scene and set out to fill this Gap. It is for this reason that DEMO Africa was formed.

DEMO Africa is the flagship initiative of the Liberating Innovation in Opportunity Nations in Africa (LIONS@frica) consortium whose partners include DEMO, Microsoft, InfoDEV, Nokia and US Department of State. It has been declared the first ever Pan African technology launch pad to be hosted by the African eDevelopment Resource Centre and CIO East Africa under the auspices of Kenya’s Ministry of Information and Communication the KICC in Nairobi on the 24th through to the 26th of October 2012. This meet up of brains coupled with money backing is expected to attract venture capitalists commonly known as VCs, angel investors, investment fund managers, tech buyers, entrepreneurs, innovation supporters & media.

Just this past week, DEMO travelled all the way to Lagos, Nigeria’s capital, where they held an Investor roundtable to unite these tech brains with prospective financial backers and investors and to ensure that these StartUps moved to the next level as a business. The common feeling from the over 40 participants is that “Good ideas coupled with excellent execution, a growing market and good financial investments are the key ingredients needed to move an African StartUp from a dream into a revenue earning entity. 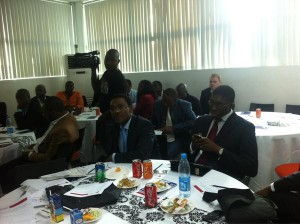 Speaking for EchoVC, Eghosa Omoigui, who is its General Partner Africa reckons that DEMO presents a real opportunity for technology investors and it’s a matter of time before this comes to fore. “The growth potential in Africa is too big to ignore, if we don’t do it, someone will come and get it,” he remarked in support. The Nigerian engagement is only the 2nd of a 3-part investor roundtable workshop series that DEMO Africa is hosting to engage local investors in trying to identify best ways to address the need for credible, robust and efficient investment structures. The general idea is to tap into local and global investors to promote and connect tech start-ups to working global ecosystems. This roundtable was hosted at the Microsoft office in Lagos located at the Mezzanine Floor of Mulliner Towers on Alfred Rewane Road Ikoyi. Is was well supported by USAID. Participants included fund managers from pension funds such as:

Others who attended the Investor round-table are successful techpreneurs (entrepreneurs in technical fields) such as:

The panel had a mix of investors and techprenuers including:

Jobberman’s Ayodeji Adewunmi and Chika Nwobi ended the presentations by sharing their success stories from techpreneur and investor perspectives.

The next DEMO AFRICA Investor Round table will be held in Cape Town on the 27th September 2012.