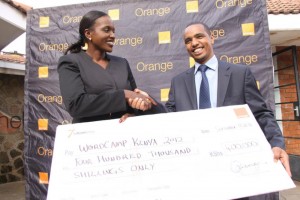 Brace yourselves: WordCamp Kenya 2012 is coming.

The organizers at November’s 10th and 11th Word Camp Kenya are a happy lot. This is after Orange signed a cheque to sponsor Word Camp Kenya, an inaugural WordPress blogging 2-day event that is in its 2nd birthday in Kenya.

Among the key speakers in this year’s event are Isaac Keyet who is the team lead and designer for Automattic and Daniel Bachhuber who works for WordPress VIP which supports huge clients like CNN, Techcrunch, NBC, the DowJones, TIME, Ted Global Blog and many others. They help the world renowned sites by offering them enterprise-level scalability. In case you don’t know, Automattic is the company that owns and develops WordPress CMS.

This year’s conference theme is “Responsible Blogging and Positive Influence on Social Media”. The main focus of it will be on the role of the social media as an emerging medium of communication as well as other aspects of blogging, social media and digital publishing.

The sponsorship has come as a platinum package that will see Orange’s contribution towards Bloggers’ efforts in convincing corporate that Blogger actually do matter.

Angela Ng’ang’a from Telkom Orange’s Communications Department pledged maximum support in a bid to befriend various influencers (read stakeholers) in the social media and blogging scene by coming close in this way. Orange is currently touted as having one of the best data coverage on the Kenyan data consumption usage graphs.

In a quote on the CIO Magazine, one of the conference organizers says, “This is a positive change that could end up being used as a channel of incitement and abuse of these fundamental rights if used irresponsibly, more so as Kenya prepares for its first general elections after the 2007/2008 violence,” said David Mugo, one the key organiser of the WordCamp 2012. 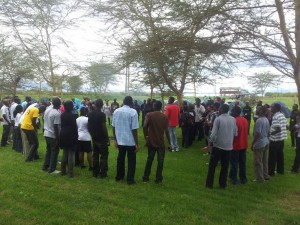 Last year’s title sponsorship came from Safaricom. It is not clear how they didn’t grab the opportunity to sponsor this year’s event given their continued support for bloggers in Kenya. Well, their loss.

In a comment, David Mugo who is the organizer of Word Camp 2012 said ‘I am very excited to have Orange on board. This means Orange and other corporate entities at large have started believing in the power of community reporting i.e. Blogging and Influencers on both social and digital media. I expect about 400 participants in this year’s conference including some participants from Uganda and Tanzania and others via Livestream. The event will be held at Maanzoni Ledge. Last year we had about 230 participants which constituted a great turnout.”

See you at Word Camp Kenya 2012. Buy your ticket here.