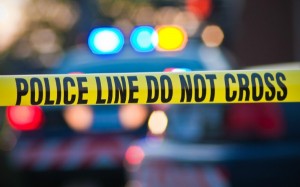 The Biblical story of the tower of Babel tells a story about how the whole world once spoke the same language and they intended to build themselves a tall stone step-ladder that could reach the sky.  The story then goes that God confused their tongues forcing them to abandon their cause. They were apparently unable to proceed as their common language prompted hem to be able to accomplish a lot.

Much in this way, the inception of Social Media can be projected to have similar impact on people in a way that man can achieve so much if like minded people are grouped together.

The introduction of the internet brought development of man’s communication from the use of traditional media like newspapers and Electronic Media devices like the transistor radio and television sets. Social Media, and new media largely, is arguably the best thing after a bread slicer. Communication tools have evolved in genius fashion from letter writing to instant messaging and online collaboration. Online Collaboration means tools like Office 365 that allow a group in a secure organization to edit a document simultaneously online.

Social media was introduced in the ‘90’s and has now become idiot-proof. idiot Proof means that anyone can use it; even an idiot. Sometimes, mostly idiots. This has become the tool that people and society use to spread news about what’s happening within their locality and more importantly to the world. Some have even branded social media as a place where people document their every thought and happenings in their immediate surroundings. News now spreads like wildfire all around the World through social media.

For Example, the Arab Spring uprising. Mobilization of people with a common interest in mind through social groups online as they spread the gathering of the similar interest to thousands and millions of other like minded people around the world. The BBM riots in London are a similar occurrence. people didn’t riot on BBM though as the name may suggest. It basically means that Riots were organized on BBM. BlackBerry is huge in Europe.

Through social media interaction between people, Citizen Policing has been optimized to facilitate. People do this by sampling of the different ideas that people contribute in online discussions. Media houses nowadays relay information to the general public through online social gatherings faster than they go to screen or radio broadcast. All this is in response obtains people’s reactions to pertinent issues at hand. In a democracy this is a reliable tool to obtain public reactions and opinions on issues presented.

Political campaigns are being conducted online and movements started on the same Social Media. If you are a politician aspiring to lead new age citizens, it is a folly not to be on social media. It is infact encourage. Only issue is, if you are new, kindly seek help. Do not go and goof online like we have seen recently. Politicians cannot be sending hate messages on Social Media. Citizen Policing can take its stance at the peak of this dotcom generation and reciprocate policies that future generation and the current generation will benefit from it as trends are suggesting a future with online governance.

News reporting, through social media has had a tremendous effect on the traditional ways of reporting new as more and more people are adapting to it. Even though social media has proved to be an effective tool in citizen policing today, we have to note that its use can be either positive or negative. Negative in a way that news and information may be fabricated in someone’s bid to suite his/her malicious intent.