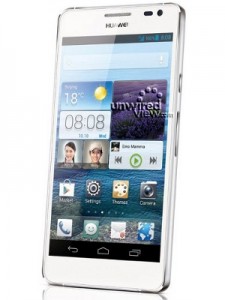 In order to maintain its supremacy over its rival, we have the Ascend D2 from Huawei in front of the Grand S from ZTE to wrestle with each other. While the Huawei Ascend D2 is a Gadget that has been showcased at the Consumer Electronics Show 2013 held at Las Vegas the ZTE Grand S had also made its debut at the same Platform.

Both the Smartphones are running on Android 4.1 (Jelly Bean) Operating System. In order to come to a decisive stage for the declaration of a better gadget in between the two Highly-rated smartphones, it would be quite essential to come across their different specifications. So, here’s a Comparison between Huawei Ascend D2 and ZTE Grand S.

However, ZTE Grand S also sports the same Display features with 5-inch Capacitive touch screen with Display Resolution of 1080 x 1920 pixels. Thus, both the devices run parallel to each other on the Display Front.

Connectivity:- On the Connectivity Front Huawei Ascend D2 as well as ZTE Grand S include 3G, Wi-Fi, Bluetooth, GPS and Micro USB as their Features.

However, ZTE Grand S along with its 4G Support stays a bit ahead from the Huawei Ascend D2. 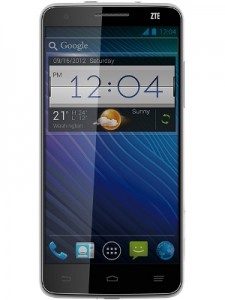 Processor:- Huawei Ascend D2 has been powered with a 1.5GHz Quad-core Krait Processor with Huawei K3V Chipset along with 2GB RAM.

Whereas, ZTE Grand S gets itself powered with a 1.7 GHz Quad-core Qualcomm Snapdragon S4 Pro Processor along with 2GB RAM.

Thus, it can be said that ZTE Grand has left the Huawei Ascend D2 far behind itself along with it’s tremendously Powered Processor.

Camera:- Both the Smartphones from Huawei as well as ZTE feature a 13MP Rear Camera with LED Flash and Autofocus. The Camera of the Ascend D2 as well as the Grand S feature HD Video Camcorder with Display Resolution of 1080 x 1920 pixels.

Thus it may be said that there is a mixed verdict regarding the Camera Features of both the Android Phones. The Rear Camera of Huawei Ascend D2 supports more features than the ZTE Grand S. But the tremendous gadget from ZTE has got a more powerful Front Camera for Video Calling as Compared to the Ascend D2.

Verdict:- It must be said that Huawei has put all its efforts into the Ascend D2 to give a tough competition to ZTE Grand S in all the aspects. But ZTE Grand S along with its superior Connectivity features, tremendously Powered Processor and Nice Camera grabs the win. However, Huawei Ascend D2 is also a worth Buy. We leave the final decision up to you to choose your next buy.

This post is written by Sanjay Kumar Negi, working with 91Mobiles. If you are looking to buy mobiles and tablets in India, then 91Mobiles can help you find the best price for gadgets such as Huawei Ascend D2 in India.