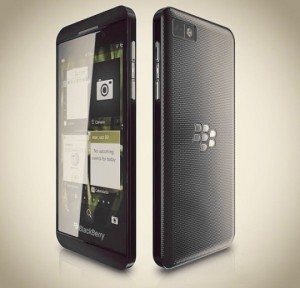 The Blackberry Z10 is the latest entry into the smartphone market by Canadian firm RIM, who now also renamed itself into Blackberry, the name of its core brand.

In recent years, RIM fell behind Apple, Nokia, Samsung and Google in the smartphone production market. Truth is, RIM has been struggling to regain its market share because of some late-to-market strategies that some would call ‘slow’ and unfortunately, the products did not succeed as much as we would all have liked in the cut throat market, like the Blackberry Playbook.

However, BlackBerry seems to have made their comeback with the BlackBerry 10. This is a new OS that powers their new flagship device, the Z10, a brand new phone with a completely redesigned exterior and running the Blackberry 10 OS, made specifically for the next generation of handsets. So what’s new? A device that has some fairly compelling features along with additional business oriented functions like an HDMI port for presentations on a larger screen and a change up from the usual BIS consumption plans for data.

The hardware itself has been redesigned. It now looks much more like like a high end smartphone we would expect from a top hardware contender, the kind that you would see running an Android OS. When you play with it, it definitely looks durable and is well made, something that is clearly important for businesses who want to hand hundreds of devices to their users. Individuals will have no problem believing this is a strong choice. The screen is a high resolution 4.2 inch display with a 1280*768 resolution giving it a 356 ppi of pixel density.

This places it in the same class as some of the higher definition phones out there like the iPhone 5 and HTC One X. The rear facing camera is an 8 MP res camera and can record in full HD. The front facing allows you to do video calls comfortably also in HD. Yes, High Definition on the front facing as well meaning you can record using that as well. The Blackberry Z10 is capable of connecting to an LTE network (4G) although the fastest we have in Kenya currently is 3.75G from Airtel Kenya. It does however support all GSM frequencies so you shouldn’t have a problem using it on 2G either. Oh yeah, there’s also Wi-Fi connectivity which works beautifully with BBM Voice and the usual Bluetooth connectivity options. If you’ve tried connecting to a BlackBerry using Bluetooth, then you know how hard it can be at times. This one connected faster than the usual 9900 and 9000, devices I think are the best and sturdiest BBs ever made. The Z10 thinks using a 1.5GHz CPU and has 16 GB of storage and also allows you to slot in your referred size of SD Card, hopefully up to 32 GB.

Now let’s talk about the Software that runs the Z10. It is a brand new OS. The  Blackberry 10 software launched on January 30th 2013. The User Interface itself was completely redesigned and looks fun to use. It has this cool feature called ‘Peek’ where you can slide your screen to look at a notification and then continue doing what you’re doing if you’d rather respond to the notification a bit later. Your first screen on contact is the new Blackberry Hub which provides quick access to your feeds which can come from many different places. This Hub, as the name explains, combines all your email, Facebook, Twitter and BBM. Even app notifications can be shown in the hub which creates a fairly busy home screen. Apps are fully multitasking compatible which means we can switch from one app to the next in a quick fashion. The on-screen keyboard supports a new kind of predictive typing where the device will start predicting next words it thinks we want to type based on the first word you wrote. When you see the next word you want t type, you just push it up and it appears on the screen.

Overall the BlackBerry Z10 is a completely new beast for the Canadian company and might be what it needs to bring it over that 2% market share mark it needs to survive. This handset is a full touch model although BlackBerry promises a keyboard option, the Q10, at the beginning of Q2 2013. We expect the Q10 to be a good one for those interested in keyboards and touch as a combination. This device is not yet available in Kenya although you can find it in grey market having been shipped in from Canada and the US.