Warid Telecom Finally Bought by Bharti Airtel – the Before and After 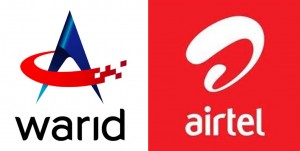 Last week on Saturday Kampala was abuzz with talk of how the Ugandan Warid Telecom Uganda, a subsidiary of Abu Dhabi based  Essar group had been bought out by the second largest teleco and market  challenger Airtel, subsidiary of Bharti Airtel from India. It was confirmed later in the week with a Presser from Airtel. Most people were surprised that for the first time Airtel was not on the receiving end of a re-brand having gone through a series of 5 re-brands since its start back in 1995. That in itself has been an arduous journey which has brought them many fortunes and quite many misfortunes as they struggled to erase the bitter taste the very first brand had left in people’s mouths. And no, I will not go off on a tangent.

Whereas for most people the acquisition will carry a very immediate consequence: the people who have tough times ahead  are the Airtel group who have had lots of bleeding money losses across francophone Africa as the brand uptake by the locals was not as immediate and zealous as they had perhaps hoped. Further to that, there was talk earlier on this year that the government of Tanzania taking back its shares in the Airtel subsidiary.  Like Uganda the subsidiary holds a sturdy second position. The move by the government would effectively evict the telecom from the  market.  This fear could be the one that pushed the corporate strategists to try and consolidate a market leadership position in either Kenya or Uganda. However with the supremacy of Safaricom looming in Kenya, the idea or a market raid seemed untenable. Nascent Uganda was the opportunity of a lifetime. Could the Warid acquisition be a minor stop gap that is just meant to slow the roll of the ship’s descent? Or is that assumption too harsh?

On the other hand Warid had transformed itself from the pits wherein it had first mired itself after its first initial boisterous entry into the market. They hired everyone from everywhere and payed them whatever salary they asked for; those were the glory days. The reality soon hit and they had to downsize massively, operate as a lean, mean machine. It is perhaps in this period of darkness that Warid stumbled on the idea, perception becomes reality; that if enough people want something it will happen. There begun the journey to change Warid into the most preferred network in Uganda. From leading the way into the price wars, selling the lowest denominations of airtime, having the most convenient packages all the way to having the most memorable ads year after year, Warid did distinguish themselves from the pack. They even went on to earn the much coveted ‘Super-brand’ status after only 5 years in the industry! Endeared to the people for being the “people’s brand” and reviled by the competition for always setting their teeth on edge. Warid  earned the right to be bought, if only just so that Warid tower at the roundabout can stop chiming and reminding Airtel!

It has been said by many industry experts that because they were the only ones that had attained critical mass in the market and MTN were the only one who were making profits. The other telecoms, even though they were breaking even simply did not have the critical numbers to make a profit. It is estimated that UCC had predicted that some industry players were losing up to $3M a month. The buy-out of Warid stands out clearly as the boldest step taken by any of the smaller telecom companies to challenge MTN with its towering 7 million customers. Here maybe it’s important to note that the nearest challenger Airtel comes at a distant second with 4 ½ million customers. With their new position Airtel now take on Warid’s aggressively grown 2 ½ million customers to bring them to around 7 million well within striking range of MTN. The erosion of the subscriber base advantage will make it a bare knuckle fight to the death.

Do you ever ask yourself, but why Uganda? Why do telecoms always think Uganda is the business pearl of Africa? The answer to that lies in understanding the age old dynamic that all analysts and agencies sell to their clients, the most beautiful demographic curve an investor would like to see. Whenever investors are told that 70% of Uganda is under the age of 30, you can almost hear them singing. Why? Because this indicates that in countries with young demographics, there is always a promise of exponential growth as these young people come of age and become a whole new market to whom services and products can be marketed. For the next ten years at least, about 1,000,000 million youth will be coming of age in Uganda. Can you imagine what that means for beverages, telecoms, banking, education, health, resource distribution and other human dependent growth indicators? So yes, the investors will sink in the money and wait.

And of course the state of affairs is not helped by the high media penetration figures (Uganda has a radio penetration rate of 99.9%) with a literacy rate of over 50% (some people argue that its 67% but I tend to think Ugandans have a knack for exaggeration) there is also a whole section of the population is highly susceptible to marketing and its gimmicks: Investors’ paradise.

Yes, there was talk about Vodacom buying into the telecom when the news first broke last year but it would seem they only wanted to purchase a 49% stake in the telecom. Mostly because their agreement with their northern hemisphere sister Vodafone won’t let them pick anything above the equator but most likely because the figures for Ugandan telecoms looks scary at a glance.

What will the rest of the telecom companies do now? [Orange and Uganda Telecom]

It would seem the rest of the industry has been left out to dry. With two large telecoms in the market precedent across the continent, the smaller telecoms will attrition subscribers until they either merge or shut down. The mathematics would suggest that if UTL’s 1 million customers and Orange’s 800,000 customers were to stay on their respective networks the cost of keeping the network functional amid-st the astronomical interconnection fees to the other 14 million customers would be unfeasible. Unless of course the people who are called the most like the cabinet, parliament, the entire SME category were on these two networks, then these networks could hope to generate enough money in interconnect fees from the bigger networks to stay afloat. So it is safe to say that within 36 months if nothing drastic happens the two smallest telecoms will go under. The argument that the Ugandan government will not let Uganda Telecom go under holds no water. The track record that LAP Green (majority shareholders in UTL ) have maintained across Africa with various failed telecom subsidiaries is not one to  rely on.

The often used argument that Orange will survive on providing data since it has set itself up as the data provider for choice for the market may also not hold against the consistent knocking of that proposition by competition. (Smile Telecom have been testing an LTE (4G) signal since start of the year and yesterday MTN was launching its LTE signal at the airstrip with MTNRally). Unless Orange goes purely ISP to defend its turf, it will appear to succumb to the same woes that befell its sister in Kenya with ever dwindling market share. This is interesting because the scenario that they are facing with Anglophone Africa is exactly what Airtel is facing in Francophone Africa. One could even have suggested why didn’t they just buy each other out?

In the end, the numbers will count for more than the public opinion, but for what its worth we will miss one of Uganda. [Though miracles do happen, UTL could use a sack of money too+ lots of expertise]. Again I speak not as an expert but a mere onlooker.

This post was first published by @Ruthie on Ruthaine.