Intel East Africa has a new department; the Intel Software Services Group. This will be headed by Agatha Gikunda, previously the Nokia Lead of Eco-System and Developer Relations and the Kenyan office is the first one in Africa. The launch event that happened at Strathmore’s iLab this morning (19th June 2013), was attended by special guests from Intel i.e. the GM for East Africa, Danie Steyn, Tobi Oke – Intel Capital’s Investment Director, Lavinniah Muthoni previously of Microsoft ESA who now heads PR and Marketing at Intel East Africa and Agatha Gikunda, the newly appointed Lead for Intel Software and Services Group in East Africa.

This new department, SSG, is going to be responsible for working with Kenyan developers to provide them with design tools, resources and expert consulting.  Further, Intel will in 2013 sponsor 3 local tech start-ups for an online training and mentorship program conducted by UC Berkeley Faculty members and Silicon Valley entrepreneurs. Details on the Intel To Market Program registration are as follows:

This special Intel Global Challenge track is an online and Silicon Valley-based version of UC Berkeley’s advanced Lean Launch-Pad course (pioneered by Steve Blank) with additional elements designed just for the Accelerator teams. If your team is admitted, you get 4 months of top-notch startup training, tuning and mentoring from UC Berkeley Faculty members and Silicon Valley entrepreneurs. The first half is delivered 3 hours/week over the Web from July through September, 2013. In October, successful teams get the opportunity, expenses paid, to fly to Silicon Valley, California for 3 days of onsite training and a Demo Day for angel and venture capital investors.

Deadline for submission of applications is noon on Sunday 23rd June, 2013 and applicanats are expected to send applications via email to Suraj Shah (suraj.shah@intel.com), Agatha Gikunda (agatha.gikunda@intel.com) and Fred Odhiambo (frederick.odhiambo@intel.com) ensuring that they copy all these 3 addresses. Winners will be announced after 25th June.

Intel aims to reach over 400 developers and having 100 new applications created locally that will offer users differentiated experiences across mobile phones and tablets running on Intel® Architecture. The division will be led locally by Agatha Gikunda.

“We recognize that software is a vital element of all Intel platforms and processors. Therefore, Intel Software and Services Group seeks to enhance local innovation and provide tools to developers that enable them create applications with rich user experience on devices running on Intel technology. We are very excited about the growing developer engagement in Africa and seek to increase collaborations with tech hubs, independent software vendors and universities.” commented Danie Steyn, East Africa General Manager speaking at the developers’ conference hosted by Intel that saw more than 250 developers in attendance. Intel East Africa will collaborate with both Strathmore University and University of Nairobi to provide resources in the universities’ hardware labs, build a Student Developer Partner Program and integrate High Performance Computing into the university curriculum. These activities are aimed at enhancing the ability of student developers to create rich user experiences on Intel®-based hardware as well as test their software applications.

Through an established program between Intel, iHub and m:lab, Intel SSG will provide training to developers enabling them to create and port their Android apps for Android-based devices running on Intel® architecture. In addition, starting from 24th June 2013, Intel and iHub will on a quarterly basis host intensive coaching sessions for developers dubbed the Intel Ideation Camp that seeks to empower upcoming tech entrepreneurs and social innovators with tools to turn complex problems into great business opportunities.

In attendance was Victor Kyalo, acting CEO of the Kenya ICT Board following Paul Kukubo’s departure in May 2013.

He says “Programs that provide opportunities for local software developers to nurture their skills, to access the latest tools and to get exposure on the global stage are critical components in the growth of our local software economy. Intel’s approach to collaborate and support tech hubs, independent software vendors and universities provides a good opportunity for both upcoming and established developers to exploit.” 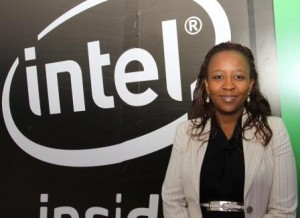 Intel Software and Services Group will further enable Kenyan developers to engage with more than 20,000 independent software vendors (ISV) worldwide through a collaborative online application and software development community dubbed Intel® Developer Zone as outline by Sven Beckmann, Intel’s GM for Sub Saharan Africa during a recent talk at the iHub on June 4th 2013. It is a global program that enables developers to engage with Intel on topics related to software and is designed to answer today’s software development challenges.  In addition, Intel Software and Services Group will also seek to build a foundation for robust solutions and industry innovation, working with the software community to set standards, establish industry benchmarks and participate in open source projects.

“As part of the investments we are making in the continent we would also like companies across Africa to be aware that Intel Capital, the global investment and M&A organization of Intel, is looking to invest in innovative technology companies.” said Tobi Oke.

Intel Capital has recently invested in 2 companies in their portfolio i.e. 5 Million Dollars in South Africa’s Altech back in 2011 and Rancard (a mobile solutions company founded in 2001 by Kofi Dadzie and Ehizogie Binitie) in Ghana which TheNextWeb reported on.