Two African tech start-ups, Momentum Core* and Leti Arts*, will showcase their apps optimized for Intel® Architecture at Mobile World Congress from today (24th Feb) to 27th February in Barcelona, Spain today. These 2 will be available in the Google PlayStore for the next 6 months for free for anyone willing to download them.

Both Simiyu the Chicken and Leti Centre have been developed with support from Intel’s SSG Group headed by Agatha Gikunda and this new wing of Intel has been training developers for the past 6 months on how to create Android apps optimized for the Intel Architecture.

“By registering on the Intel developer Zone, developers are able to get firsthand information on the trainings, programs or resources that the company is offering as well as engage with more than 20,000 independent software vendors (ISV) worldwide that are registered on the platform. Momentum Core* and Leti Arts* are a testament to Intel’s commitment to invest in African developers. We are  still looking for more tech start-ups to support.” said Agatha Gikunda of Intel SSG.

The Leti Centre* app consists of a superhero series influenced by folklore and historic legends from across Africa. Leti Arts*, the company behind the app, reimagines African folklore and historic legends, interspersed with fictional characters, as elite superheroes fighting crime in present day Africa. The series follows the exploits of characters such as West African trickster god, Kweku Ananse, Shaka Zulu, Pharaoh, Wuzu the Maasai Warrior and Shizo an ex-cop turned vigilante against corruption. It also follows the plots and schemes of master villains such as The Pirate and The Wodaabe Assassin. 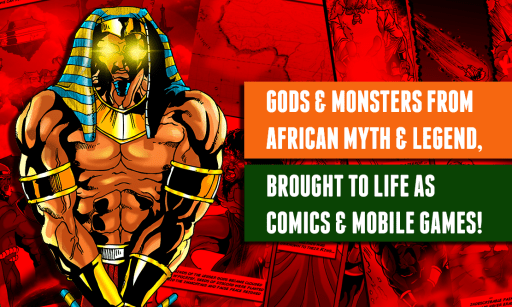 “Our goal of merging the past with the present in an exciting and compelling format is to encourage younger generations to be genuinely excited about African history and culture. The more relevant we make history and culture in education, the better the long term prospects for preserving culture and heritage. We are proud to deliver this on cutting edge technology, both hardware and software, from Intel,” said Wesley Kirinya, Corporate Technology Officer, Leti Arts.

Simiyu the Chicken* is a thrilling action packed game that was recently showcased at Intel’s CodeFest, a hands-on workshop, with technical experts from Intel showing how to create an NDK app. They also presented the game at the NASA Space Apps challenge* where it ranked as 1st runners up.

“We had earlier designed Simiyu the Chicken as a pure Dalvik Java game but when we started working with Intel , we discovered various features of the Intel NDK that enabled us to re-use the logic and improve overall performance-critical parts of our game,” says Dennis Riungu, the Chief Operation Officer Momentum Core.

One of the tools that Momentum Core* has been using is Intel’s GPU Analyzer tool which helps them analyze how 2D images can be optimized for a seamless game and test their performance. Through this, the company has been able to identify and monitor several parts of the game that require more modification.

Through an established program between Intel, the iHub and m:lab, Intel’s SSG is collaborating with select universities in Africa to provide resources in the universities’ hardware labs, integrate High Performance Computing into university curriculum and recently launched a Student Developer Partner Program.

These activities are aimed at enhancing the ability of student developers to create rich user experiences on Intel®-based hardware as well as test their software applications, something Intel’s Frederick Odhiambo is deeply involved in.