The Doodle 4 Google (D4G) is a competition in which Google invites students to reinvent Google’s homepage logo.

To date, Google has run contests in more than 30 countries all over the world and it believes that the Doodle 4 Google ,abbreviated as D4G, is one way Google can bring art and technology together while encouraging children to get creative both online and offline.

In 2013, Google launched the first nationwide Doodle 4 Google competition in Kenya with the theme ‘My Kenya’ which saw doodlers celebrate a monumental year in Kenya with the 4th March National General Elections, as well as the Jubilee Year celebrating 50 years since democracy from British rule. 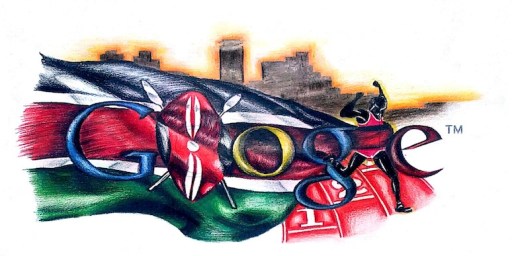 In line with Kenya’s continued Jubilee Celebrations, Google is hosting an entire month long gallery exhibition showcasing the Top 100 ‘My Kenya’ doodles from artists aged 6 – 18 years running from 5th to 31st of May at the National Museum.

Entry is free aside from the 200 KES normally charges at the museum gate.