Everything You Need To Know About Safaricom Spark Fund: The 1 Million Dollar Startup Investment Kitty

Today marked quite an important day in Kenya’s tech start-up scene when Kenya’s largest telco (by subscriber-base) announced a 1 Million Dollar start-up kitty that would be used to invest in Kenyan upstarts in technology either in by purchasing equity or debt instruments. This kitty has been dubbed the Safaricom Spark Fund and will run for 2 years after which it will be reviewed and possibly renewed come November 2016 depending on how profitable/successful it will have been by that time.

Joseph Ogutu, Safaricom’s Strategy and Innovation Lead, first reiterated the commitment Safaricom had made towards ensuring innovation in Kenya works and this has been done over the past few years even though in not so successful efforts like the Safaricom Innovation Board that was disbanded in 2011. This, according to one board member, AlKags, happened because “Safaricom was not quite ready to implement the activities of the board.”

Why The Safaricom Innovation Board Was Disbanded – AlKags

However according to Safaricom Head of Legal, Nzioka Waita, the innovation board idea started off on a heavy footing and almost immediately faced a couple of challenges – the most imminent one being that startups did not trust Safaricom and were afraid that any idea presented to the telco giant by these small companies and/or SMEs eager in a bid to seek guidance, funding, and seek access to Safaricom’s assets (MPESA API, etc) to grow would be cheated out of an idea. Safaricom then launched the successful series of the Safaricom App Wiz, a competition which sought to still inspire ideas from teams of young techpreneurs (technology entrepreneurs), have them undergo an incubation period and ultimately set them out into the world to run as sustainable entities.

The reward system had also evolved with App Wiz as these start ups now got to win money as a form of angel funding that would give them a bit of runway as they worked towards becoming sustainable. The competition is set up in such a way that the grand winner gets to walk away with KES 1.5 Million payable in 3 installments based on milestone achievement, 1st Runner up Team will walk away with KES 1, 000,000 payable in 3 installments based on milestone achievement, and one winner per category in all 5 categories with each category winner taking home KES 200,000 also payable subject to achieving milestones but in 2 installments – one less that the first 2.

There is currently a class of start-ups waiting to graduate the App Wiz cohort of 2014 end of this year.

So what is different with the Spark Fund? Well, to begin with, Safaricom wants to see more Kenyan-centric innovation going on to benefit the 31 million Kenyans . It is for this reason that they’re willing to make it as easy as possible for a ready startup to take advantage of this piece of pie. This may have been a key learning as has been witnessed in previous attempts to ‘give’ development money to the youth i.e. with the Youth Fund whose Chairman, Bruce Odhiambo, admitted wasn’t working at optimum maybe because they put too many rules in place. Bruce however says he’s working with his office to disburse more loans to tech companies looking to make a good case for themselves. He’s also continually linking techies with business minds (we all know they need that). All in all, accessing money from Safaricom should be much easier. You will however have to part with some equity or owe money. Average investment in each start-up will range between KES 6 Million & 22 Million (or approx. between USD 67,000 & USD 254,000) and these start-ups will be identified and selected through a deal pipeline managed by the fund manager, a partner of Safaricom and upon completion of due diligence process be presented to the Investment Committee for funding consideration.

The Safaricom Spark Fund fund seeks to provide a platform for economic empowerment for local companies as well as support development and scaling of good mobile-based technology with growth potential.

Apart from cash investment, Safaricom will also provide the start-ups with access to technical assistance allowing them to grow and favourably compete with other companies in the industry, a network of mentors and valuable industry knowledge, in-kind support such as SMS USSD access, API’s and integration services, cloud hosting and marketing opportunities.

How Does One Join The Cohort? The fund will be made available to start-ups using mobile technology as an enabler in the following 4 verticals:

Any team willing to join the cohort will have to be based in Kenya, have a diverse skilled team, currently working on a refined working mobile based product or service with a commercially viable business model and an active user base.

The start-up does not have to be making any revenue but if it is; the better. 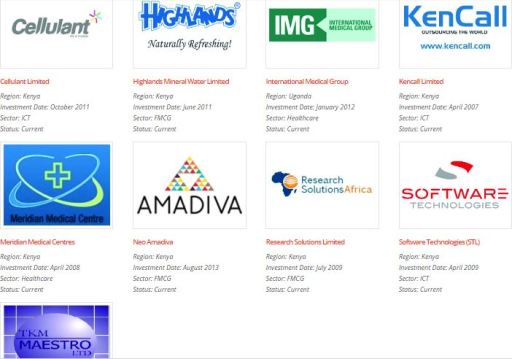 TBL Mirror is the Appointed Fund Manager – TBL Mirror, for those who may not know, is a Private Equity Fund for East African (and Nigerian) Small and Medium Enterprises (SMEs) that targets various high growth sectors. The fund boasts a wealth of experience in its core team, e.g. Moses Kimani, previously of Deloitte and Touche who is part of the fund manager team, Robert-Jan Van Ogtrop, the chairman who is also an advisory board member of CVC Capital Partners, a fund that which has secured commitments of over 71 Billion US Dollars in private equity and credit funds trailing from 1996 to date, and curiously Dr. Julius Kipng’etich who is part of the local advisory committee, former CEO of Kenya Wildlife service, current Chief Operating Officer and Board Member at Equity Bank.

MPESA API Special Access – Startups that are taking in under the Spark Fund will get privileged access to the M-PESA API that Safaricom’s Veronicah Ogeto had announced would be made available to developers come April/May 2015. The announcement was made during the 2014 PIVOT East competition. What does this mean? It means that if you want unparalleled access to MPESA API, join the Spark Fund. Access to other players may be given but at a much later date. This is a good start and it will ensure that anyone willing to innovate on the platform can do so and create amazing products. One such product is M-Ledger – now Safaricom M-Ledger, a locally created M-Pesa transaction ledger that Safaricom acquired from DDS a couple of weeks ago for an undisclosed amount.

All in all, this is a very big step in the right direction as far as our Silicon Savannah is concerned. This move should inspire other companies to also consider seed funding as a form of investment in local upcoming companies.

For more info on the Spark Fund FAQs, check here.