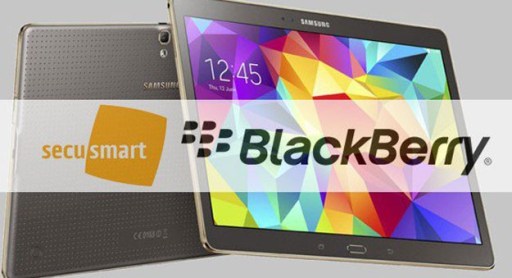 The SecuTABLET Based On Samsung Galaxy Tab S 10.5

Secusmart, a BlackBerry owned security company has collaborated with Samsung and IBM to launch a highly secure tablet that is designed for use by the public sector and large businesses as it promises to provide advanced security for when users are sharing highly sensitive data on the go.

Dubbed SecuTABLET, the new tablet is based on the Samsung Galaxy Tab S 10.5, runs on Samsung hardware and incorporates IBM’s app wrapping technology that facilitates for the extra layering of security to sensitive data.

With the additional security layering in the SecuTABLET, users will also be able to use the various personal applications and social platforms that are usually hardly secure such as YouTube, Facebook, WhatsApp and Twitter without worrying about loss of data.

Currently undergoing security certification, the SecuTABLET is compatible with Blackberry 10 and can be seamlessly integrated with the existing SecuSUITE infrastructures. “Security is ingrained in every part of BlackBerry’s portfolio, which includes voice and data encryption solutions,” said Hans-Christoph Quelle, CEO of Secusmart.

Aimed at providing high-security mobile communication for national and international authorities who need high level security in their daily activities, Secusmart believes that working with both IBM and Samsung has provided the last link in the chain of the security network and thereby giving BlackBerry the most secure and complete communications network.

“The SecuTABLET closes a supply gap and opens up for government and administrations an opportunity to derive greater benefit from digitization and the mobile Internet, with system integration as a fundamental success factor,” said Stefan Hefter, Senior Management Consultant with IBM.

Through the collaboration, IBM has provided its app wrapping technology to the SecuTABLET that has proven successful since its inception in solutions such as MobileFirst and has also assisted in implementing the high security solutions provided for by Secusmart within the infrastructures of various clients in the government sector.

BlackBerry has had notable struggle in the tablet market with its 2010 Playbook tablet missing to hit its sales targets but now, following its acquisition of Secusmart, a German voice and data encryption firm in December last year has introduced the SecuTABLET that may be the answer to making it in the tablet market if and when government institutions decide the tablet is worth digging deeper into their pockets.

The security-focused tablet is expected to price about $2,380 (KSh 216,000 ), so as it comes highly secure, so does it deliver on being quite pricy and only large corporations and government institutions or maybe a few individuals will see the need to part with that amount for the tablet.