Durex Urges You To Disconnect To Reconnect 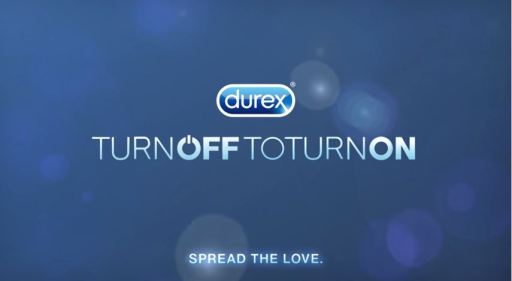 Do you carry your smartphone to the bathroom? I know I do. To the kitchen? To the shower (if you have a water-resistant Galaxy S5 like me, you probably also so do.)

What about to the bedroom?

In a recent survey, it was revealed that as many as 40% (12 out of 30) people have delayed sex because of technology (most phones, but a couple tablets/laptops). What’s even more exciting is that 10 out of 30 survey participants admitted to having answered their phone during sex. Like seriously… Who does that?

In the wake of these revelations, Durex has finally revealed an anticipated smartphone technology that it says could change our sex lives forever.

This video takes us through the journey a couple goes through when they are in bed and how our smartphones have really become distractions in our lives.

Researchers from Durham’s Centre for Sex, Gender and Sexualities revealed that 40% of those interviewed have delayed sex because of technology, largely smart phones and tablets, with others reported hurrying sexual activity in order to respond to messages.

Moreover, a third of the couples interviewed admitted to interrupting sex to answer their phone.

In the video, one participant says, “Sometimes I’ll be on Facebook and he’ll be on a sporting app while we are both in bed; we realize that we are literally sitting in bed together, but living in different worlds.”

Dr. Mark McCormack who is the Co-Director of the Centre for Sex, Gender and Sexualities at Durham University, comments that technology has revolutionized our lives and smart phones and are now central to the organisation of romantic relationships, from establishing them to maintaining love and affection when couples are apart.

“What this research reveals and the point the video makes is that technology now consumes our relationships at a much deeper level. It’s made its way into the bedroom in more ways than we imagined, often with benefits, but also coming with potentially serious costs to relationships, as it can cause frustration and tension, and encroach on sexual activity.” he adds.