Co-Founder Cher Wang Is The New CEO of HTC 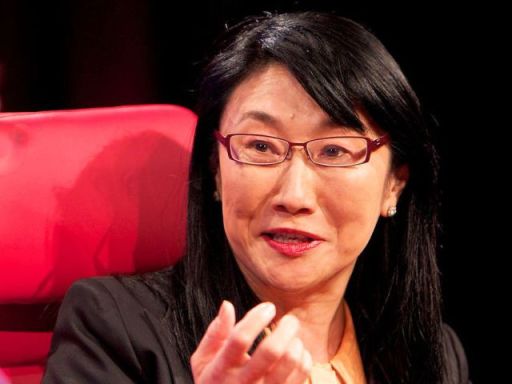 HTC’s Co-Founder And Chairperson Cher Wang. She Is The New CEO

Peter Chou is no longer the CEO of HTC as he moves to become the head of the company’s Future Development Lab, leaving his position to Cher Wang who will be replacing Chou as the new CEO going on forward.

Wang, one of the co-founders of HTC back in 1997 and the chairperson at the company takes over all CEO responsibilities from fellow co-founder Chou, at a time when the company is undergoing transition with the release of the One M9, which is hoped to do well unlike its predecessors.

“As an entrepreneur at heart, I am excited to see so many new opportunities, and I am honoured to accept this opportunity to help shape the next stage of HTC’s development,” said Wang, who will keep her role as chairman, in a statement.

Chou began handing over some of his CEO responsibilities to Wang back in 2013, in what was said to be a temporary move and now in his new position at HTC will be taking up the role of leading future product innovations; a critical position for the company as its last two flagships have not received much success.

“In his time as CEO, Peter Chou oversaw the successful transition of HTC from a handheld device manufacturer for other brands to a global branded company. In his new executive role, Mr. Chou will be instrumental in identifying future growth opportunities for the company,” reads a statement.

Wang takes over HTC leadership as the just launched One M9 is expected to take the smartphone market by storm with its cool designs and hardware, and at a time when the company is changing with its entry into other devices such as the HTC Re camera, HTC Grip fitness band as well as the HTC Vive VR headset that is currently being built.

“We pioneered the smartphone industry, now we are applying that thinking to realize the potential of a new generation of connected products and services,” says Wang.

HTC was once rated the biggest phone manufacturer in the U.S ahead of Samsung and Apple with 24 per cent market share but the 2011 glory did not last long, especially with Samsung’s Galaxy range of devices that handed Samsung the top spot and dragged HTC down to only 4 per cent of the global market.

In 2013 the company experienced so much loss that resulted to Chou handing over some of his CEO responsibilities so he could focus on product development, and while the beautiful One M7 and One M8 didn’t bring in expected sales, HTC hopes that its latest One M9 will become its saviour once it begins selling later this month.