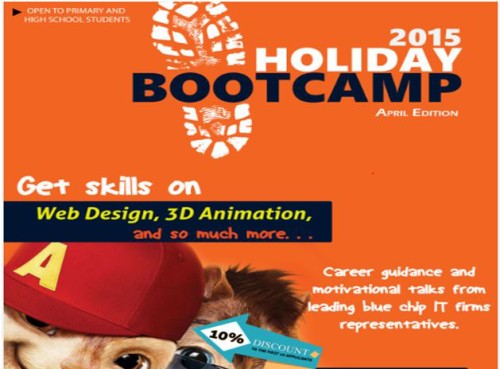 Strathmore University wants to be home to a 9-day holiday bootcamp that will host primary and high school students from April 7 to April 17, 2015 at the varsity’s innovation and development centre, @iLabAfrica.

The Holiday Bootcamp will be the third of its kind, with the latest of one of @iLabAfrica’s initiatives being held last year in the period running from November 24 to December 5, 2014, to help school going children in primary and secondary schools gain necessary IT skills at an early age through participating in fun and interactive activities.

Through the program, students are tasked to come up with their own personalized games and develop animations using various tools and technologies that will be availed to them by the bootcamp organizers, after which they can upload their applications on the web.

Held during the major school holidays in the country; April, August and December, the Bootcamp will also bring professionals from major IT companies in Kenya to give career coaching lessons and motivational talks to the students, as part of efforts to encourage creativity and innovations among them.

The @iLabAfrica event also comes with goodies for the kids or incentives in this case through benefits such as a Certificate of Participation, Lunch and refreshments, fun and games as well as an opportunity to network with kids from other schools. Not to add prizes for the best creations. So it is basically a funkie – a term popular among school kids, or at least it was when I was in school.

Parents wondering what to do with their children over the holiday period can consider having them initiate their inner creativity at the Bootcamp, by paying the required fee of KSh 25,000 per child and register attendance online here.

The Bootcamp is set to cover a range of multimedia categories that will include Web Design, Video Game programming and 3D Animation, which are major interests among kids today who spend their free time playing video games and watching animations. Now they will have a chance to create their own projects.

“The Hol­i­day Boot Camp provides a com­pre­hens­ive learn­ing exper­i­ence that is amaz­ingly fun, highly inter­act­ive and extremely effect­ive,” says @iLabAfrica in a post. The centre has been home to a series of developer programs that take in students who just finished high school or those in campus with an interest in programming.