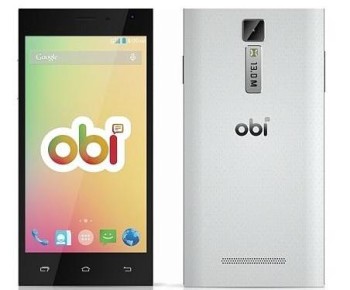 Walking along the streets of Kenya’s capital Nairobi, you cannot miss to notice the large signboards depicting the existence of Wiko Smartphones and the entry of the just launched Obi Mobiles. The two seem to be competing who can have their names plastered on more buildings than the other, as Wiko takes over Luthuli Avenue and Obi Mobiles take over Imenti House.

While Wiko may have an advantage of being in the country first, Obi Mobiles may have an edge to winning in this now direct competition; the Obi devices feature beautiful designs like that of the iPhone and one of its co-founders is from Apple – Kenyans do like to associate themselves with a known brand and that’s why they go for Samsung and iPhone imitations when they can’t afford originals.

Talking of the iPhone, by now you may have read about or watched John Sculley, the former Apple CEO talk about the newly launched low-cost smartphones. Sculley is the person behind the Obi phones and with him is a pool of designers and developers he took with him when he left Apple, which explains the design similarity of the devices to Apple’s iPhone.

But unlike the iPhone, Obi Mobiles do not spot the high-end features or quality materials, instead they have been built to imitate high-end smartphones and cost so little that almost everyone wanting to experience the benefits of a smartphone will afford them – they are no different from the low-cost devices already available in the market.

Like we reported earlier in January, Obi Mobiles has brought 8 of its devices to the Kenyan market, including its latest flagship – the Octopus S 520, a 5-inch smartphone running on Android 4.4 KitKat that is set to retail at KSh 26,999. The device is powered by a 1.7 GHz Octa-Core processor and is most expensive of the devices.

With Obi Mobiles now in the Kenyan market, the range of low-cost smartphones to choose from has grown wider and like it was predicted in 2014, this year will continue to see an entry of affordable smartphones at faster speeds and in large variants as well.Obi joins the likes of Infinix devices, the low-cost Microsoft Lumias and Wiko smartphones among others.

Talking of Wiko, the French smartphone maker has launched its latest entry – the Wiko Gataway – into the Kenyan market as it announces further plans to introduce a wider range of its products in the months leading to June, 2015.

The Wiko Gataway comes with a slim design at 7.2mm, features a 13MP camera and a 5-inch screen display running on Android 4.4 KitKat and is powered by a 1.3 GHz Quad-Core processor. With an internal memory of 16GB, the device is unique in that it features an extra SIM or MicroSD slot. Yes, it has a slot that you can choose to either insert an extra SIM card or a Micro SD card for expandable memory.

Coming in three colours, Black, Navy Blue and White, the device will retail at KSh 20,999 and is available at retail shops across the country with a free 8GB SD card inside. I am interested to see how the Obi Mobiles perform in the Kenyan market in the next few months, especially against Wiko.