Pinterest Now Among The Highly Valued Startups At 11 Billion Dollars 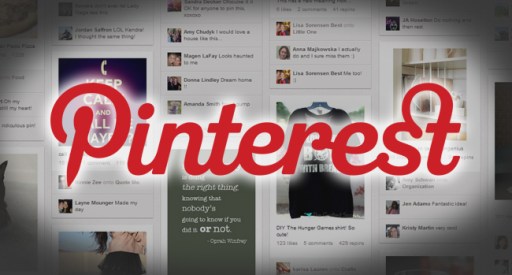 Pinterest inc, the image bookmarking company that provides users with an online platform where they can share photos or communicate with followers using pictures, have announced a latest funding of $367 Million that has put the value of the startup company at $11 Billion even as it plans to raise more money in this same round.

This round of funding has pushed Pinterest to a level that makes the company one of the most highly valued startups across the globe by doubling up its valuation, which stood at $5 Billion less than one year ago.

According to a report by the Wall Street Journal on Billion Dollar startups, only five private companies in the world that are backed by venture capitalists are currently valued higher than Pinterest as it shares the valued spot with an Indian online retailer company called Flipkart.

With the funding round still open for a few more weeks, the online platform hopes to raise as much as $211 Million more in order to hit the over half a million mark, especially with new investors (not named) joining this edition of the funding party.

Now more popular among women, when Pinterest started it was just an online board where users could put up pictures like they would on a scrapbook but with time and growth in funding, the company wants to become the destination where people go to for advertising as it is now a social networking site where users can pin photos and link them to products they love as they follow pinboards of other people.

In further plans to expand internationally by use of the additional capital, Pinterest is already looking to make the site a place where people can visit to discover new businesses and new products as well as brands as it unpacks more of its user data to help advertisers produce more targeted ads, so that in the long run it can increase on its advertising revenue.

Pinterest is growing really fast as a social networking site as it continues to improve its site with beefed up security, even introducing a bug bounty program, and is expanding to the e-commerce offing according to a recent report in February that it was working on a Buy Button on its site.