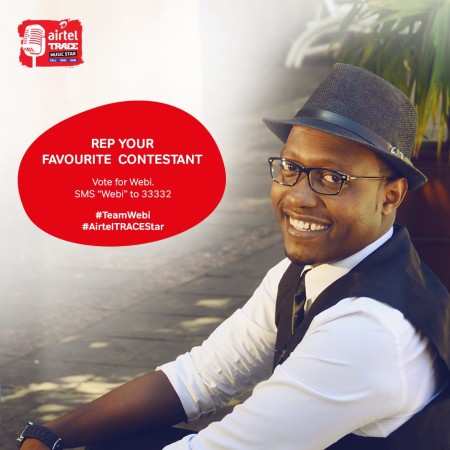 Launched last year, the Airtel Trace Music Stars competition that introduced to provide Africans with an opportunity and a platform to debut in the music scene is now coming to an end and the finale is planned for March 28, 2015 when the ultimate winner  of the competition will be crowned.

Achieved through a collaboration between Airtel and Trace Music TV, the competition started off with registration where interested parties were invited to audition through a voice call service on the Airtel network where they sang during the phone call and were selected in country-specific competitions.

Then in a six-month selection process, contestants from each country demonstrated their skills and talent, after which five finalists were selected to compete for the national title, with participating countries including Kenya, Tanzania, uganda,  Zambia, Madagascar, Malawi, Nigeria, Ghana, Burkina Faso, Chad, Congo Brazzaville, The DRC and Gabon.

Winners of each country then moved to compete at the Pan-African level, and now the winner of the competition is planned to be crowned in Kenya at the Enashipai Resort & Spa in Naivasha through a pan-African grand finale event to be held on Saturday, March 28, 2015.

Selection of the winner will be done through public voting and a three judge bench that will include Akon, a multi-platinum artist and producer who have been the ambassador of the Airtel Trace Music star competition, Devyne Stephens a manager of top international Rap and R&B artists and Lynnsha, also a multi-platinum artist.

The judges and public alike will each have a 25 per cent voting power, with public voting polls currently open and scheduled to close on March 25. Voting is done by sending an SMS to country-specific short codes with the finalist’s key word.

For Kenyans wanting to vote for our very own Benjamin Webi who was crowned the nation’s winner earlier in January, you can send the keyword ‘Webi‘ to the short code 33733. Webi will be competing against 12 others including Uganda’s Sandra and Tanzania’s Yunga.