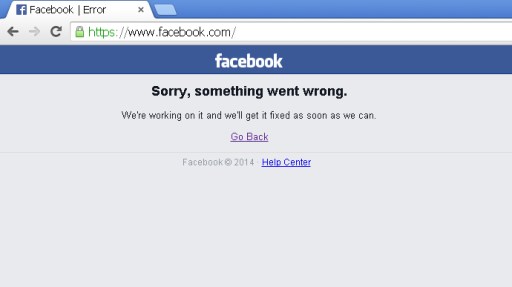 Facebook is a brilliant way to connect with new and old friends and for us marketers, it is also a very effective way of bringing products into the online market by way of advertising.

Employers however have lamented that spending time on Facebook is costing them vital man-hours that employees could be using to hack away at their jobs and be productive.

Is this the only way Facebook can be harmful however? Well, No!

According to Mai-Ly Steers, a researcher at the University of Houston, spending too much time on Facebook leads to a kind of social comparison linked to depressive symptoms. How? Steers says it happens when one logs into Facebook and sees how ‘well’ their friends are doing, people tend to get sort of depressed.

According to the University of Houston website, her research on the topic is presented in the article, “Seeing Everyone Else’s Highlight Reels: How Facebook Usage is Linked to Depressive Symptoms” published in the Journal of Social and Clinical Psychology.

“Although social comparison processes have been examined at length in traditional contexts, the literature is only beginning to explore social comparisons in online social networking settings,” said Steers, a social psychology PhD at the university.

Overall, her study sought to investigate how social comparison to one’s peers and their successes on Facebook impacts users’ psychological health and she found evidence in both studies that Facebook users felt depressed when comparing themselves to others.

“One danger is that Facebook often gives us information about our friends that we are not normally privy to, which gives us even more opportunities to socially compare. You can’t really control the impulse to compare because you never know what your friends are going to post. In addition, most of our Facebook friends tend to post about the good things that occur in their lives, while leaving out the bad.  If we’re comparing ourselves to our friends’ ‘highlight reels,’ this may lead us to think their lives are better than they actually are and conversely, make us feel worse about our own lives.” Steers explained.

Steers said that people afflicted with emotional difficulties may be particularly susceptible to depressive symptoms due to Facebook social comparison after spending more time on medium.  For already distressed individuals, this distorted view of their friends’ lives may make them feel alone in their internal struggles, which may compound their feelings of loneliness and isolation.

“This research and previous research indicates the act of socially comparing oneself to others is related to long-term destructive emotions. Any benefit gained from making social comparisons is temporary and engaging in frequent social comparison of any kind may be linked to lower well-being,” said Steers.

Steers hopes the results of these studies will help people understand that technological advances often possess both intended and unintended consequences. Further, she hopes her research will help guide future interventions that target the reduction of Facebook use among those at risk for depression.