The new Lumia devices were launched under the title of a new consumer campaign dubbed #AchieveMore, which seeks to inspire users to increase their productivity by doing more with their Lumia phones, be it at work or at home.

The Lumia 640 and Lumia 640XL is the latest 4G LTE smart devices to join the Lumia portfolio in Kenya.

They will retail for KES 19,999 and KES 25,750 respectively and seek to ensure that as many consumers as possible can enjoy Microsoft experiences at an affordable cost.

The Lumia 640 and Lumia 640XL offers increased productivity through integrated Microsoft Office experiences which come with a 1 Year free subscription, OneDrive storage and 4G LTE connectivity. Both devices will upgrade to and benefit from Windows 10 as it becomes available in 2015. 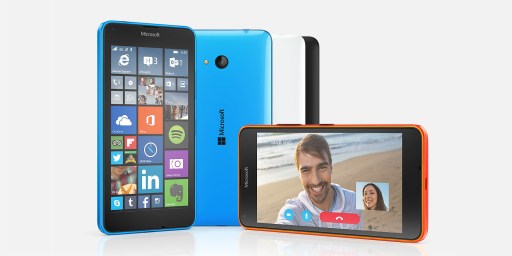 The Lumia 640 and Lumia 640XL both have an on-board 1GB memory and quad core Qualcomm Snapdragon processor. They also both boast a 5.7” HD display.

The major difference between the 2 devices is the camera; the Lumia 640 XL has a 13 MP camera on it while the Lumia 640 has an 8 MP camera. Both have an LED flash on their backs to assist recording and image capturing in low light situations.

There’s a new feature called Glance Screen which lets you stay updated on the most important information and it is available on the Lumia 640 XL.

The OS it runs is Windows Phone 8.1 and the Lumia Denim update, complete with one-swipe Action Center, Word Flow and Live Folders on both these devices.

As part of the announced devices is the Lumia 430 Dual SIM. It runs Windows Phone 8.1 Operating System on a 1.2 GHz dual-core CPU, features a 4″ inch WVGA display andwill retail at only KES 8,850. It comes preloaded with Microsoft Office, Skype and 30GB of free cloud storage on OneDrive. 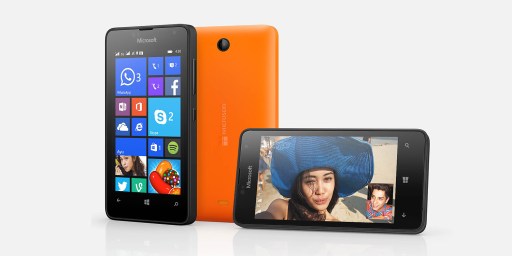 This new Lumia device range comes against a backdrop of a national consumer promotion to reward customers with 5 Chevrolet Cruze cars and 40 Lumia 640 XL devices to be won over the promotion period.

To participate in this consumer promotion, one is required to purchase a Lumia phone with a valid 12 months Kenya warranty, activate it and send a text message containing IMEI number to 22860 during the program period.

Winners will be contacted via +254 2301641 and announced on the Lumia East Africa page on Facebook and Twitter.