How Barclays Is Accelerating The FinTech Space In Kenya 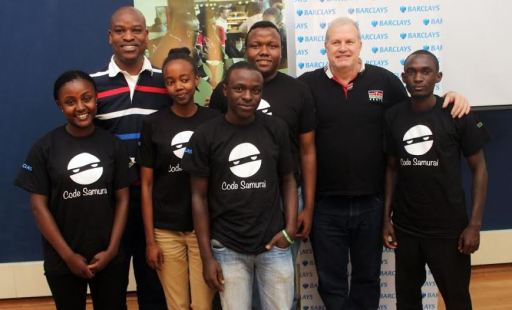 Rise, a new physical and virtual community that facilitates collaboration and Financial Technology (commonly known as Fintech) innovation, has been launched by Barclays Africa Group in a bid to see Africa’s innovators and startups secure the ability to scale their ideas to new markets.

The initiative has been positioned to take advantage of technology solutions that do not rely on physical infrastructure to make things move. This is particularly relevant in the African context as it provides developing markets with an opportunity to leapfrog aging analogue infrastructure deployed in most developed economies and with it the ability to solve some of Africa’s development challenges.

Barclays has always wanted to float a proposition that takes advantage of such technological advancements and by working on this new initiative to connect the world’s most active innovation ecosystems, Barclays is confident that Rise can assist in co-creating ground-breaking products and services with entrepreneurs from across the continent.

Speaking at the launch, Ashley Veasey, Barclays Africa Chief Information Officer says, “The financial services industry is undergoing a paradigm shift and new tech start-ups are challenging traditional business models. This is possible, in principle, because advances in technology are enabling bright minds to develop solutions that compete with the best of those developed by big corporates. We aim to partner and collaborate at the forefront of this change.”

Rise has also given rise to physical innovation hubs in London, Manchester and New York, and Barclays is still set to open one in Cape Town in December of 2015.

So far, over 5,000 start-ups have interacted on Rise London and Rise Manchester hubs in the first year alone. Aside form that, over 20 hackathons have been hosted and over 130 companies have made use of the global sites so far as well.