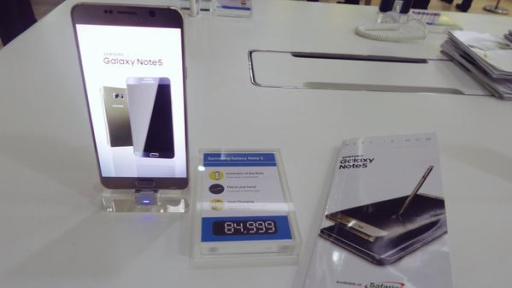 Samsung has yet again unveiled a new device in its stable of successful consumer devices in the Kenyan market; The Samsung Galaxy Note 5, in partnership with Safaricom for the distribution of these devices.

The Galaxy Note 5, the latest high-end Samsung device to be released into the market features a 5.7 inch Quad High Definition Super AMOLED Screen display that continues to fulfill the need for a device that consumers can use for work productivity whilst on the go. This is the 5th iteration of the mobile note series that Samsung first introduced in 2011 with the original Galaxy Note.

The Galaxy Note 5 blends form & function and introduces best-in-class screen technology, the most advanced camera for high quality photos and videos, and FAST Wireless and FAST wired charging as an added advantage for those wishing to replenish their batteries on the quick go.

The Note 5 also has an incredibly powerful processor backed up by 4GB of RAM that enables users to keep up with various multi-tasking needs such as graphic-heavy gaming and multi-window instances.

Speaking at the launch of the device in Nairobi, Robert Ngeru – Chief Operating Officer and Vice President of Samsung Electronics in the region said, “The Samsung’s newly redesigned Note is a powerful productivity tool that can be employed for multiple tasks. Its advanced display technology and better S Pen functionality enhances the user’s content experience.

On matters design, the Note5 heavily takes after the Galaxy S6 and ergonomically fits in one hand with a narrower bezel and curved back for holding comfort.

Another improved feature on the Note 5 is the revamped S-Pen which now offers better writing capability and a variety of practical tools like a feature where users can now quickly write down ideas or information when the screen is off without even unlocking the phone.

One can also capture lengthy web articles or long images at once via ‘Scroll capture.’

Speaking on the S-Pen innovation, Robert Ngeru says, “We continue to integrate the S Pen with our devices because we know that our consumers love the option of a simple, intuitive, and flexible way to interact with our mobile devices. Users can access features faster and write with greater sensitivity and sharper precision.”

Other interesting features include improved video capability with something called Steady Video which basically provides Video Digital Image Stabilization on both the front and rear cameras for sharp, crisp video on-the-go, and Video Collage Mode, which allows users to record and edit short videos easily in various frames and effects.

4K UHD video filming and Live Broadcast lets a user instantly live stream full High Definition video straight from the mobile device to any individual, group of contacts, or even the public through YouTube Live.

The device currently retails in Safaricom outlets for KES 84,999 for the 4G version and is available in both gold and black colours for the Kenyan market.

Check out the full spec sheet below: 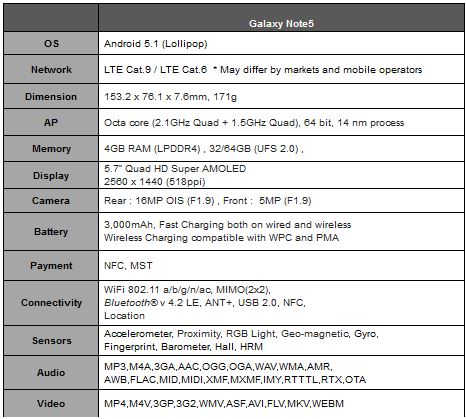