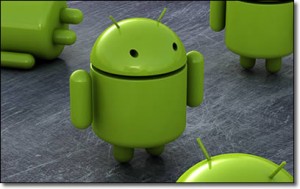 Everyone has a mobile phone.

Some call it a cell phone.

From the execs who chair board meetings on the future of manufacturing companies millions of miles away to the low income earners. You know those that live on the basics each day.

It is like the basic human necessities have evolved to include communication in that list that we all memorized in high school. Remember?? “Food, shelter and clothing.”

The advent of cheap devices has forced the market on an upward trend in terms of technology.

These days you can get a good phone for less than 100USD. That is about 8,130KES. This is a phone that is smart, can surf the internet and can do a host of other cool things. The market phones these days do so much; they can access custom online stores and send multimedia files all over the World.

There’s a problem though. There are too many manufacturers to choose from. There’s Nokia who have Symbian, Windows Mobile running on the HTC and Samsung and then there’s Android. This Android is quite new to many. Most don’t understand it because it is very freelance and open source.

Years passed and Android is now the leader in terms of open source mobile programming. The fact that it is run by independent developers is the main reason for its growth and Google do a good job when it comes to spreading its claws.

You will find this software running on the likes of the brand new Motorola Xoom (runs Android 3.0 or ‘honeycomb’) and the Sony Ericsson Xperia Arc (the super-touch phone that wowed us with its Bravia engine that runs on Android 2.3 or ‘Gingerbread’ and a Qualcomm MSM8255 Snapdragon 1 GHz processor; Adreno 205 GPU). J

News forums all over the world like Gartner and Droid-Forums say that Android will become the market leader this year (2011) because of what they call increased customer awareness alongside the fact that Google is a well known household name with a niche for innovation.

All in all, the future is here. And these Android developers are keen on fighting Symbian for the top spot in the mobile market. And they won’t stop there; this is the Google-Android year. Frankly speaking, all those in the mobile business ought to be afraid. Android are NOT taking any hostages.

If you want one, rush on down to your nearest Safaricom dealership and get yourself the Huawei IDEOS for 8,499KES (about 105USD).