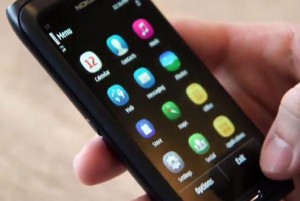 Nokia has finally unveiled shipping dates for the release of its Symbian^3 Anna software update for current devices, including the Nokia N8, E7, C7, and C6 smartphones. While the software is pre-loaded on newer devices that have just begun to ship–like the Nokia X7 and Nokia E6–current flagships have to wait for Anna to hit. The N8, E7, C7, and C6 will officially ship with Anna pre-loaded out of the box in July, according to Nokia, and current owners who have bought devices without Anna will have to wait until the end of August for a software update to roll out.

Symbian Anna brings a new visual look to the operating system with new bubbly icons, which are reminiscent of Samsung’s TouchWiz icons. Additionally, beyond the skinning, there are also a number of new improvements to Anna, including a portrait-oriented full QWERTY keyboard, better browser, updates to Ovi Maps, and a new social messaging client:

One of the most anticipated enhancements in Symbian Anna is split screen view while typing, so users can see their message thread. There is also virtual portrait QWERTY for quick, one handed typing. And the web browser is faster and easier to use, delivering quicker page loads and improved navigation.

Ovi Maps has been refreshed with simpler and quicker search, new public transportation routes and check-in to Facebook, Twitter, Foursquare or local social networks. You can also share places via email and SMS, even with friends using non-Nokia phones.

Business users will benefit from instant messaging with Microsoft Communicator Mobile, email enhancements including full meeting request support, and true business grade security with hardware accelerated encryption. There is also easy and secure intranet access for people who want to get on their company intranet. 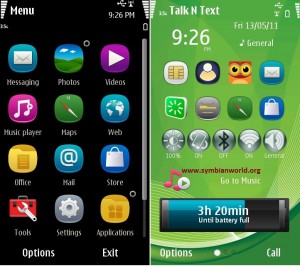 The social client has been improved as well. Now you can see people’s status updates in their contact card, as well as retweet and view your follower list in Twitter.

The Nokia N8 was previously said to receive a special build of Symbian Anna that will unlock better video recording capabilities.

After the Anna software update, users will have Symbian Belle to look forward to.

Though Nokia will be shifting to Microsoft’s Windows Phone 7 platform as its mainstream platform of choice for mobile, the company is still dedicated to Symbian and will be releasing up to 10 new Symbian devices in the next 12 months.