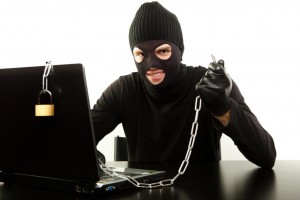 Symantec Corporation Internet Security Threat Report, Volume 18 (ISTR) has in a 2012 study revealed a 42 % upsurge targeted attacks compared to 2011 results on the same.  Designed to steal intellectual property, targeted cyber-espionage attacks are increasingly hitting the manufacturing sector as well as small businesses, which are the target of 31% of these attacks. In addition, consumers remain vulnerable to ransom-ware and mobile threats, particularly on the Android platform.

Here is a detailed World and Africa Rankings Chart report. “This year’s ISTR shows that cyber-criminals aren’t slowing down, and they continue to devise new ways to steal information from organizations of all sizes,” said Sheldon Hand, territory manager, Indian Ocean Islands, West and Central Africa, Symantec. “The sophistication of attacks coupled with today’s IT complexities, such as virtualization, mobility and cloud, require organizations to remain proactive and use ‘defense in depth’ security measures to stay ahead of attacks.”

The Internet Security Threat Report’s Key Highlights include the following:

Small Businesses Are the Path of Least Resistance – Targeted attacks on businesses with fewer than 250 employees are growing. Small businesses (SMEs) are now the target of 31% of all attacks, a threefold increase from 2011. While small businesses may feel they are immune to targeted attacks, cyber-criminals are enticed by these organizations’ bank account information, customer data, intellectual property and the knowledge that they often lack adequate security practices and infrastructure.

Manufacturing Sector and Knowledge Workers Become Primary Targets – Shifting from governments, manufacturing has moved to the top of the list of industries targeted for attacks in 2012.  Often by going after manufacturing companies in the supply chain, attackers gain access to sensitive information of a larger company. In addition, in 2012 the most commonly targeted victims of these types of attacks were knowledge workers (27%) with access to intellectual property and those in sales (24%).

Mobile Malware Put Consumers and Businesses at Risk – In 2012, mobile malware increased by 58%, and 32% of all mobile threats attempted to steal information, such as e-mail addresses and phone numbers. Android’s market share, its open platform and the multiple distribution methods available to distribute malicious apps, make it the go-to platform for attackers.