Solving Internet Issues In Africa One BRCK At A Time

I recently waltzed into Ushahidi offices at Bishop Magua a couple of weeks ago to visit (and possibly coerce a friend too spot me a milkshake from Pete’s Coffee). While there, I saw something on one of the tables that looked like a building brick. On further inquiry, I was told that it was indeed a Brick; only that its ‘I’ was missing.

So what is BRCK? Quite simply, BRCK is a backup generator for the internet. Eric Hersman, co-founder at Ushahidi, explains that BRCK is a rugged solution to internet problems in Africa. It offers internet connection in the remotest parts of the bush as long as you can access a mobile network signal. Its key features include an 8 hour battery, support for up to 20 devices connected to its wireless simultaneously, strong WiFi capability powerful enough to cover multiple rooms, a 16 GB hard-drive, 8 GPIO pins to connect sensors, Software infused allows for apps, remote management, and data collection.

How does it work though? It works just like your mobile phone when you’re trying to get the best possible connection. It will intelligently switch between an Ethernet connection, WiFi, and 3G from your inserted sim-card to find the fastest and most stable connection and stick to that. The battery on it provides an 8 hour supply so that you don’t have to worry about when power goes out. It also has a stabilizer that protects the components from burning whenever electricity surges or browns-out.

What about Storage? The BRCK has software in it that allows it to store data on the cloud with integration of smart software like DropBox as well as remote management via a Virtual Private Network.

Here’s the Kickstarter pitch that launched BRCK into funding on YouTube.

BRCK has been backed on KickStarter by a total of 1078 backers raising a total of 172,107 USD; surpassing their 125K target by about 47,000 USD. This means the units will go into production and probably hit the market sometime end of 2013 and should cost about 200 USD for end user customers. 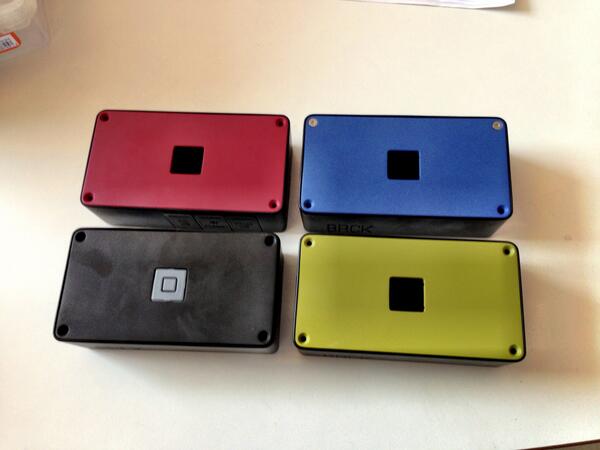