Samsung Launches The Galaxy Note 4 Phablet at IFA In Berlin

So Samsung finally did it yesterday at the IFA in Berlin and by ‘it’ I mean unveiled the latest phablet contender from its innovation corner, the Samsung Galaxy Note 4; and to the surprise of many; Note Edge as well.

Other products were also officially unveiled to the market and these will be aimed at giving Samsung customers choice when selecting from the top smartphones and health/fitness, entertainment, and day-to-day activity accessories in the quickly evolving market.

Sales of these products will begin in October 2014 in multiple markets with a focus on the Note 4 that will be made available in 4 distinct colours namely; Frost White, Blossom Pink, Charcoal Black, and Bronze Gold.

The new range of products announced were:

The highlight of the evening however was the much awaited Note 4, successor to the hugely popular Note 3 smartphone. Some of the Note 4 features include:

Processing Power – Note 4 will come in 2 processor spec. versions, one with 2.7 GHz quad-core (specifically a Snapdragon 805 chipset that has added LTE Cat 6 Support) and the other with an 1.9 GHz Octa-core processor (specifically an Exynos 5433 chipset and LTE Cat 4 Support).

RAM and Internal Memory – The Note 4 has 3 GB of RAM and will only be available in a 32 GB version but with microSD support for cards up to 64 GB. 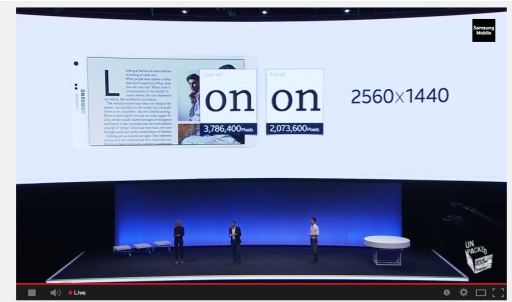 A Cleaner, Clearer, Curvier, Improved Display – Samsung has introduced a 2560*by*1440 pixel resolution Quad-HD display with on a  Super AMOLED screen. The screen size remains the same as on the Note 3 at 5.7-inches. However, Samsung has increased pixel density by 129 ppi (from 386 ppi on the Note 3 to 515 ppi) and given it s sturdy look and feel by covering it with a 2.5D (slightly curved) Gorilla Glass 3. 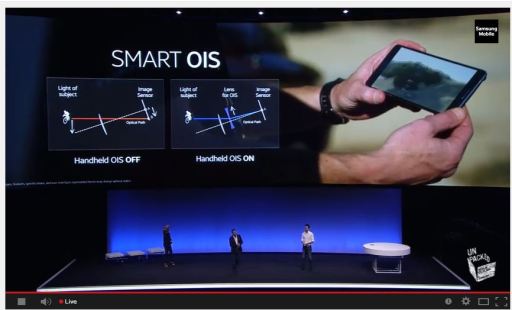 Camera (Both Front & Rear) – Samsung has greatly improved both the front and rear cameras on the Note device. The Rear Camera is now a 16 Mega Pixel unit with OIS (Optical Image Stabilizer) that will allow you to take better photos regardless of how shaky your hand is. It also automatically adjusts the light settings while taking a photo and this allows you to get better exposure time in a dark(er) setting. Improvements have also been made on the Front Camera as it is now a 3.7 Mega Pixel unit with a default pop that has increased the viewing angle from 77 degree shooting to 90 degree shooting thus accommodating more people in a scenario where you’d need to fit more people in the shot while using the front-facing camera.  It also allows the user to pan the camera at an amazing 120 degrees wide angle shot if you’re taking a selfie with a large group of people. Hello Ellen Degeneres at the next Oscar Awards :). 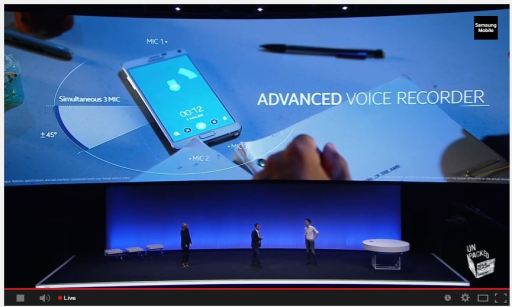 Improved Audio Capability – Samsung has improved the Voice Recording capability on the Note 4. How? The Note 4 now has multiple (possibly 3) microphones on the body of the smartphone with directional voice tagging that allow the phone to record distinct voices even in a much-noisier environment than expected. It also has a much improved audio speaker to allow a user perform better noise cancellation when using the phone’s call function.

Battery (Juice) – The new battery on the Note 4 is an improvement from the Note 3 with an extra 20mAh (now 3220mAh) power but also with some interesting features such as Fast Charging, a concept that promises to charge the Note 4 from 0% to 50% in half an hour (30 minutes). Samsung Note 4 also features Ultra Power Saving Mode found on the GS5 to preserve battery especially in dire situations. 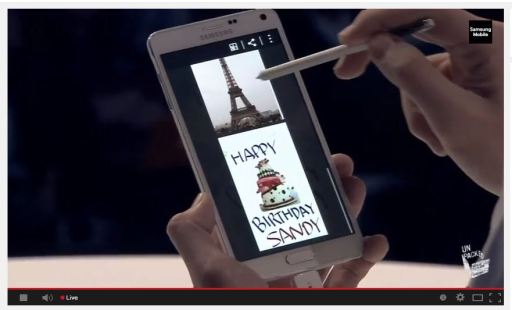 The Mighty S-Pen – The Note 4 has packed more features on the S-Pen ensuring that you can do more with it. For instance, Air Command now has Smart Select which allows you to ‘pick up’ or ‘drag-and-drop’ multiple items from your screen’s interface into different applications like email, and S-Note. Other notable improvements are the amazing customization features that will come on the Mont Blanc designer S-Pen and covers that adds obvious style to give the Note 4 a very chic and premium look-and-feel. For students and meeting room situations, Snap Note allows you to take a snap of a blackboard or whiteboard and it immediately pastes it on S Note allowing you to edit it to your liking. 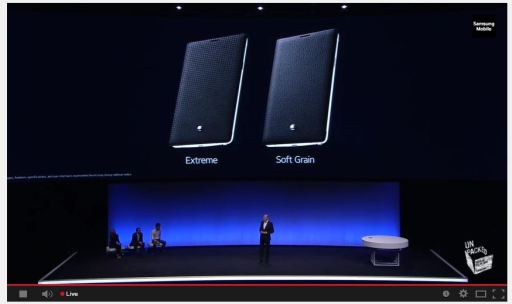 Heart rate monitor – The same heart rate monitor found on the GS5 will be available on the Note 4. In addition to this, Samsung will allow you to use the sensor as a shutter when you want to take pictures of self i.e. selfies.

UV ray detect/scanner – The Note 4 has an amazing feature that detects UV rays and their intensity and then recommends what SPF rating sunscreen you should wear to prevent skin damage by the sun’s UV rays.