A Story about Elephants with Mobile Phones and Postpaid Lines 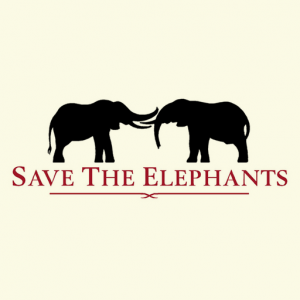 So many elephants are dying and they are not dying of natural causes. They are being killed by poachers who then sell ivory off to the Asian market. I believe it is sold to the Asian market mostly because the people there believe ivory can be used to manufacture sex- drugs. These are drugs that enhance sexual experiences for males all over the World; a fad that has been on the internet for a while. The other reason that ivory is so popular is because it can be easily carved out due to its lack of an outer enamel. The carvings made from ivory are very long lasting and do not splinter. Ivory has also long been used to make piano keys, trinkets such as chopsticks and chess sets. There’s also a new fad called “elegant corruption” where instead of bribing someone with a ward of cash in China, they carve out a nice piece of ivory. It’s not money, but it’s pretty and it’s worth a lot. No-one in China will acknowledge it openly though.

A few weeks ago I met a lady called Resson. In one of my classic opening lines, I asked her what she does for a living. What she told me I don’t think anything could have prepared me for. No! She didn’t tell me something sinister like working in a.. I shall leave it at that. Well, she works with elephants. Let me be a bit clearer, she works to make sure elephants are safe and that they are protected. She works at Save the Elephants.

HOW IT IS DONE:

The company, Save the Elephants works with assists wildlife departments to help fight against ivory trading and poachers in the elephants habitats worldwide. The NGO protects and monitor elephants with aerial surveillance and radio-tracking and believe that a renewed ivory trade remains the greatest potential threat to elephants.

Now you understand my title right? Elephants with a Mobile Phone.

Protection is a vital pillar supporting the future of the elephant and the company works through education, research and grassroots conservation is gaining momentum and we hope it will eventually eclipse the need for active protection.

What happens is these guys track elephants down, tranquilize them I believe and tag them using collars with 3G radios on them. These collars are basically transponders secured in weather-proof bags hung around the elephants’ necks. The transponder is then used to track elephant’s movements around the conservancy or wherever they move to. This helps to identify their favourite areas, where they drink at and where they like visiting for tranquility so that the NGO can then move in to conserve those areas more.

The elephant’s radio sends messages to a receiver every time they are in a certain area or near where they are not supposed to be. I was excited by this because it means either the sim-cards have to be on postpaid or have a lot of airtime. If I was an elephant, I would definitely prefer postpaid so that I am not disturbed as often.

They also train people on how to conserve the environment as well as how to guard themselves against attacks.

Resson promised me a trip to see these elephants with mobile phones. I will update once I meet them.