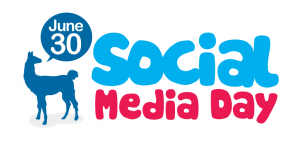 Today is the 4th Ever Social Media Day. World renown tech reporting site Mashable launched the SMDay series of event way back in 2010 as a smart way to try and recognize the digital revolution happening around the World.

It is for this reason that fellow social media enthusiasts around the world come together and host their own social media days around the work. The Kenyan one will be happening at the NaiLab (4th Floor Bishop Magua – opposite Uchumi Ngong Hyper) on 30th June 2013 and is by invite only.

An interesting SMDay story is one of Laura Caro, a 15-year-old “Belieber” from Ontario who remembers the exact day Justin Bieber followed her on Twitter. It was on 20th January 2013 when she asked Justin for a follow and he followed back. “I remember perfectly what I was doing. I was getting ready to go out, when suddenly I got a notification that Justin had tweeted, so I immediately went on Twitter and started tweeting like crazy … asking him for a follow.”