Why Kids Should Learn Programming At An Earlier Age 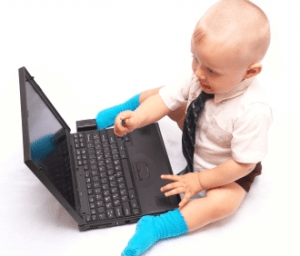 There has been a rising need for developers and creative minds in the computing and IT fields in Kenya for the last five years.

With every new software program developed and new operating system released, this demands rises greatly.  For some reason however, our local Kenyan universities cannot match up to these demands,  especially since only handful of these graduates can make head or tail when it comes to the hands-on coding environment.

Most of us will agree that there is something off about our education system mostly because of its products that are being churned into the working environment. Instead of complaining though, how about we take this creative approach to the problem?

The introduction of Computer Programming classes in the high school curriculum would for one, help create jobs for fresh graduates and even interns as trainers for these kids. Students would then probably leave high school with hands-on skills with regards to programming. Psychologists will tell you that it takes about ten years for you to be an expert in a field. Hence, the sooner you get started the better; and the English premier league is proof of this.

Many might disagree with me when I say that actual programming knowledge cannot be taught, but isn’t the whole point of education to eliminate mediocrity? Well, by introducing a competitive programming environment, in place of the rigid history of computers that is Computer Studies, we might just see a shift in the thinking of our young society, which if you ask me, will end up in colossal ruins.

In this dawn of a new era, as we hand each kid a new government laptop, perhaps with it we should also give them the power to innovate through software programming at their next education level.