How Microsoft Is Bringing Windows 10 To Android Phones 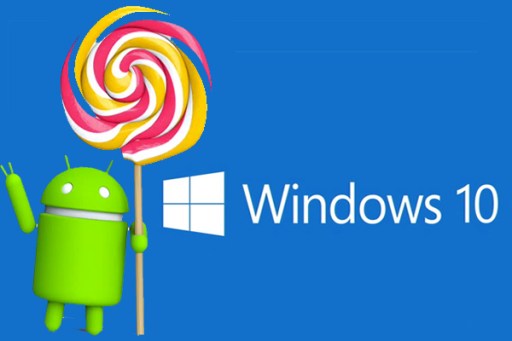 You have heard of Xiaomi, the Chinese smartphone maker that is making manufacturers like Samsung clench their fists for taking over all the glory with their low-cost smartphones. Now, Xiaomi phones are powered by Google’s Android platform but if a new partnership with Microsoft is to generate any success, the phones will also run on the latest Windows 10.

The collaboration will allow Microsoft to test the Windows 10 platform on select Xiaomi smartphones, including the Mi 4, through Microsoft’s Windows Insider Program that will see selected Mi 4 users use their phones to download and install the Windows 10 OS, use it and provide their feedback to the two companies.

“Through a new program with Xiaomi, one of the top smartphone distributors in the world, a select group of Xiaomi Mi 4 power users will be invited to help test Windows 10 and contribute to its future release later this year,” said Microsoft in a statement.

Selected users for the trial will be provided with a free Windows 10 technical preview download, which they will be required to install on their Xiaomi phones and interact with the OS as they share their experience with Microsoft and the Chinese maker. There is not much information about this yet, but we are interested to see how this plays out in the next months.

And while our interest is up there, I can’t help but think what this will mean for Google’s Android platform. Once the preview is available for the select Xiaomi users, it is no doubt that developers will want to take advantage of Microsoft’s new idea to test it out on other Android phones as well. We can only wait for the outcome.

Earlier in late January, Microsoft announced that it would provide a free Windows 10 upgrade to users currently running Windows 7, 8 and 8.1 during the first year of its release and while the OS is expected to be made available in the next few months to 190 countries and in 111 languages, Microsoft finally showcased its latest innovation that defines the Windows 10 in China.

Dubbed Windows Hello, the innovation promises to make Windows 10 more personal by providing instant access to the user’s device through biometric authentication that will include using one’s face, iris or fingerprint to unlock the device, hoping to provide a more secure way of logging in than the traditional passwords.

“We’re working closely with our hardware partners to deliver Windows Hello-capable devices that will ship with Windows 10. We are thrilled that all OEM systems incorporating the Intel RealSense F200 sensor will fully support Windows Hello, including automatic sign-in to Windows,” said Microsoft.