Not a Twitter BigWig? Here’s why it doesn’t really matter. 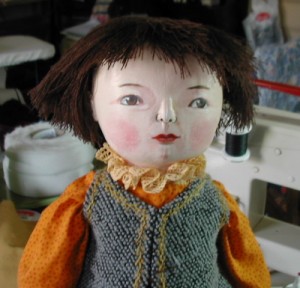 First of all, this is Twitter. A social network. When did people start taking stuff on the social scene so seriously? For a sizeable number of tweeps, what they post on Twitter doesn’t really hold any water; It would price about as much as bar conversation would. Reason being it is held on a social space that was started to ease and cheapen message across the internet with a 140 character restriction.

Aside from the above, there’s a guy who wrote the article used Klout to calculate BigWig influence scores.

A while back I wrote on juuchini Klout is a web service that calculates influence based on tweets, retweets, replies and/or following. A list posted on a WestFm website here had a list of people who apparently have the highest Klout in the Kenyan social scene, hence running Twitter. Unfortunately, this could not be further from the truth. Keen analysis of Social Interaction and how social media survives show a lot of dependence on networks. Networks and how they are controlled is highly complex. Especially user controlled networks like Twitter and Facebook. For instance, how do you measure impressions on Twitter? How do you know how many Twitterati see your tweet?

Case in point: If you go and post something on Twitter today and it is funny, it gets a retweet. This happens regardless of the number of followers you have. The only difference is that when you have many followers, your content has a better chance of getting round the world faster. If you have fefew followers and one of your few followers has a huge following, stuff still gets round the world. Just via someone else. You can see what I am going with this.

At the end of the day, content is still king. No? Yes, No. Not just content, it has to be original content. Someone who has two followers could tweet something authentic and it gets copy-pasted by someone who has 40,000 followers. Whose content does it become? Shouldn’t the guy who came up with the joke get the credit? There’s my issue with these scores.

But just to be sure, try another tool. Kredly. I perceive it more accurate. It measures more than just influence.